By Eric Petroff, CFA
Posted In: Drivers of Value

Perhaps it is just us, but there seems to be an inordinate amount of advertising nowadays for reverse mortgages and other home refinancing services. Quite frankly, it is eerily reminiscent of conditions in the mid 2000’s when property values were rising and lenders were lining up for a piece of the action. So with yet another round of positive residential real estate data upon us, the concept of what to do with your home equity is worthy of a minor discussion.

This may not be a pertinent issue for most homeowners now, but it likely will be soon as prevailing conditions point to continued increases in housing values. Moreover, lenders’ advertising activity is indicative of positive expectations for housing prices too. To understand, keep in mind lenders are profit-seeking firms, not altruistic public servants. Their first priority is to protect collateral, and it would be foolish to ramp up advertising if they expected falling home prices and rising defaults as a result.

So let’s talk about the data. Are continued housing gains in the cards?

The S&P/Case-Shiller home price index in the chart below is showing a healthy resurgence, but with a recent increase in the velocity of price appreciation. Over the last year the index is up 12%, with 7% of that gain being produced year to date alone. To understand this surge and its near term sustainability, we would point out some big picture macroeconomic forces in the subsequent charts.

The first is residential investment as a percent of GDP, a metric that is at its lowest point in more than half a century and appears to be reverting to its mean.  This is a highly positive factor for the continuation of rising real estate values by virtue of the fact more money is pouring into the system as a portion of the economy. Plus it means more jobs will be created through higher investment, which is something we are already seeing based on reports from several Federal Reserve Districts.

Another factor portending future home price gains is that the cost of renting has risen faster than owning since 2008 and cannot continue at this pace indefinitely. At some point this trend will reverse, and will likely do so strongly when it does. It is a fact waiting to be proved that increased rents will eventually turn people to homeownership. With mortgage rates still at historically low levels and lending conditions continuing to improve, it is hard to envision rental costs outpacing home prices much longer.

Besides there being several macroeconomic imbalances that need to be corrected, the most recent Census Bureau housing data clearly shows a recovery is underway. As shown below, the volume of new homes sold and for sale continues growing strongly, as is the pace of construction spending. So the overall volume of housing market activity has significantly improved from post-recession levels and appears to be on track to continue doing so. This is a very good sign, but of course it could change quickly in the face of rapidly rising interest rates.

Given the Fed balance sheet is nearing $3 trillion and printing money is a bad long term plan for keeping interest rates low, one could argue the nascent recovery in real estate is less than stable. Higher mortgage rates would deter buyers in theory, but not necessarily when the starting point for rate increases is several percentage points below historic averages. Also because the Fed dominates new mortgage issuance through bond purchases and could care less if they get a poor return on investment, it is hard to conceive of the forces that would cause a sharp increase in mortgage rates. As long as aggregate mortgage demand does not exceed the Fed’s willingness to print money, everything should be fine excepting the inflation caused by higher real estate values and the continued erosion of the US dollar’s value.

A slow, steady and ultimately large rate increase is the Fed’s plan, but this is not necessarily a threat to real estate values in itself. Just think back to the early 1980s when mortgage rates were in the teens and household real estate took up a slightly larger portion of GDP than it does today. It may sound counterintuitive that people loaded up on real estate during one of the most expensive interest rate epochs in history, but they had little choice given inflation was running at double digits and it became a profitable choice anyways vis-à-vis huge increases in homeowners’ equity.

What’s interesting about where we stand today is it’s hard to conceive of how real estate markets may falter from here. The Fed is committed to keeping mortgage rates low and can purchase all the bonds they want to do so. If they continue this and orchestrate modest rate increases over the next several years, residential real estate is bound to do well. Alternatively, if the Fed screws up and monetary policy gets out of hand, the resulting inflation and higher interest rates are not necessarily going to cause a drop in home values. Instead we could see another real estate bubble as a result of people seeking to hedge against inflation.

So it appears home price increases are on the way. The economic fundamentals of housing markets are improving, the Fed is committed to orderly interest rate increases, and even if monetary policy goes wrong, real estate is likely to benefit anyways. Therefore if you were looking to cash out home equity in one form or another, it may behoove you to wait a little and get more money in exchange for what are usually onerously high transaction, insurance and opportunity costs.

Ever hear the saying “follow the smart money?” Well the smart money (lenders) wants a piece of your home equity more now than it has in half a decade, which says more than all the charts above about the near term future of real estate. 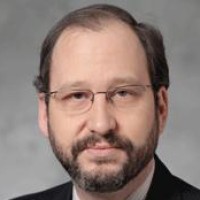 Eric Petroff, CFA, is the founder of Petroff Institutional. He has more than a decade of institutional consulting experience across virtually all client types, having served as a senior consultant and shareholder at Hammond Associates and as a director of research and chief strategist at Wurts & Associates. In addition to his CFA, Eric holds the Financial Risk Manager (FRM) and Chartered Alternative Investment Analyst (CAIA) designations, and has an MBA with an emphasis in finance from Webster University.