More than a year has passed since the initial public offering (IPO) of Facebook (FB), the US-based social media giant with more than 1 billion users worldwide. The hype that preceded the US$105 billion IPO on 18 May 2012 was matched only by the media frenzy that followed the stock’s botched trading debut and immediate price decline. Headlines alleged conspiracy, insider trading, and selective disclosure when Reuters reported that Facebook “advised analysts for underwriters to reduce revenue and earnings forecasts” during the IPO road show for institutional investors.

Articles and commentaries about the Facebook IPO frequently revealed little understanding of the distinction between such concepts as “price” and “valuation,” “information” and “analysis,” “material” and “nonmaterial,” “public” and “nonpublic,” or legal insider trading versus illegal insider trading. For example, many critics alleged “insider trading” because corporate insiders — employees, early investors, and directors — sold shares in the IPO, without recognizing or acknowledging that an initial public offering is a legal, ethical, and well-regulated method for corporate insiders to sell shares of a private company to the public. Other commentators highlighted the requirements of the US Securities and Exchange Commission’s Regulation Fair Disclosure, or “Reg FD,” which prohibits the selective disclosure of price-sensitive information, but few recognized or explained that Reg FD applies to public companies and that Facebook at the time of the disclosures was a private company exempt from Reg FD.

Not surprisingly, given the media headlines and the decline in the stock price, several regulators, including the Financial Industry Regulatory Authority (FINRA), Securities and Exchange Commission (SEC), and Massachusetts securities regulators, initiated investigations shortly after the IPO. According to news reports, the SEC’s decision to investigate the Facebook IPO was triggered by the drop in stock price, not by allegations of wrongdoing. The SEC’s focus was whether the Facebook prospectus omitted material information, whether the company shared material information verbally with a select group, and whether sales people misrepresented demand for the social network stock to lure small investors.

As part of this series on the Facebook IPO, we are offering members the opportunity to provide a peer review of a regulatory finding we use for training purposes. In December 2012, regulators from the Massachusetts Securities Division (MSD) announced that it had fined Morgan Stanley, Facebook’s lead underwriter, US$5 million for “improper influence” over research analysts in violation of the 2003 Global Research Analyst Settlement. Morgan Stanley submitted an offer of settlement “for the purpose of disposing the allegations” by the MSD, and paid the fine without admitting or denying any violations.

As part of the 2003 settlement, Morgan Stanley and other investment banks had agreed to adopt and implement policies and procedures designed to ensure that its investment banking personnel could not “seek to influence the contents of a research report or the activities of research personnel for purposes of obtaining or retaining investment banking business.” The agreement followed the dot-com era when investment bankers seeking securities underwriting business pressured their firms’ research analysts to issue buy recommendations on prospective client companies. Investors, trusting that the recommendations were based on independent and objective analysis, were misled regarding companies’ prospects. Those who used the buy recommendations as a basis for investment decisions suffered losses when the analysts’ earnings estimates proved overly optimistic.

In preparation for its IPO, Facebook hosted a due diligence session for the syndicate underwriters and their investment analysts at Facebook’s Menlo Park offices on 19 March 2012. At a diligence session held exclusively for analysts on 16 April 2012, the CFO of Facebook shared internal revenue forecasts of US$1.1 billion to US$1.2 billion for the second quarter and US$5 billion for the full fiscal year. The analyst session was held in compliance with the law, and investment bankers were excluded from the meeting. Several weeks later, on 7 May, Facebook began its IPO road show — presentations by senior management to market the securities offering to potential investors. That evening, the CFO informed the lead investment banker that his confidence in the initial financial projections had weakened.

User growth was outpacing advertising growth because the use of mobile applications had increased, a trend described in the risk section of the preliminary prospectus filed with the SEC. The CFO and investment banker discussed what had been disclosed at the analyst diligence session in April.

The investment banker testified that after conferring with colleagues he “advised the CFO that my input was that based upon what he had told me about his uncertainty in his ability to meet revenue projections, that updating analyst guidance would be a good idea.” The CFO expressed concern about how to provide permissible guidance to syndicate analysts and accurate information during the road show without creating an appearance of selective disclosure. The investment banker then conferred with legal counsel.

On the evening of 8 May, in a conference call with legal counsel from both Facebook and Morgan Stanley, the investment banker proposed a solution: file an amendment to the S-1 registration statement on file with SEC. The Facebook CFO could then contact the syndicate analysts who had received the April forecasts to confirm whether they had seen the amended registration statement and then provide permissible guidance in full compliance with securities regulations. The CFO informed the Board of Directors of Facebook that the “additional disclosure will help us to continue to deliver accurate messages at the road show meetings without someone claiming we are providing any selective disclosure to big accounts only.”

The investment banker helped draft the language for the amended registration statement and it was filed at 5:03 p.m. EST on 9 May 2012. The newest filing added language to the section on risk factors, stating “we believe the increased usage of Facebook on mobile devices has contributed to the recent trend of our daily active users (DAUs) increasing more rapidly than the increase in the number of ads delivered.” The CFO continued the IPO roadshow and assigned Facebook’s treasurer the task of telephoning syndicate analysts and, with the help of a script drafted by the investment banker, informing them that “you can decide what you want to do with your estimates, our long term conviction is unchanged, but in the near term we see these trends continuing, hence our being at the low end” of the revenue range provided in April. According to testimony in the consent agreement, the investment banker took “extra precaution” to avoid the appearance of exerting influence on the content of the research reports. The banker said he “was far down the hall so I wouldn’t hear anything” while the treasurer made the syndicate research analyst calls.

In announcing the settlement and fine, Massachusetts Secretary of State William F. Galvin claimed “The improper influence of Morgan Stanley’s investment bankers over research analysts is yet another example of an unlevel playing field, where Main Street investors were put at a significant disadvantage to Wall Street.”

What Do You Think?

We invite members to participate in an online survey to provide a peer review of the conduct described in this article, assess their knowledge and understanding of the Code and Standards, and share their views on whether the Facebook IPO was marred by ethical violations. The survey will close 25 November 2013. Results will be shared in a future issue of CFA Institute Magazine. 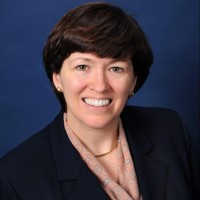