Like most books in “The Little Book” series, The Little Book of Venture Capital Investing: Empowering Economic Growth and Investment Portfolios packs extensive information and stories, with lucid exposition, into a modest number of pages. Louis C. Gerken, founder of alternative asset manager Gerken Capital Associates, recounts the venture capital (VC) industry’s evolution and describes its internal processes, from initial screening to due diligence to the signing of agreements. The book focuses exclusively on the US venture capital industry, and it includes a glossary for quick and easy reference.

Gerken provides historical background by detailing how the industry developed around Sand Hill Road in Menlo Park, California, and Route 128 in Boston. The VC industry has evolved from fraternal and sometimes internecine relationships, with people often being brought into a firm and then deciding that they would be happier on their own. This pattern is exemplified by the story of the “Traitorous Eight,” all of whom became unable to tolerate the imperious management style of Nobel Laureate William B. Shockley, Jr., at Shockley Semiconductor. (Shockley won the 1956 Nobel Prize in Physics with John Bardeen and Walter Houser Brattain for their co-invention of the transistor.)

Each of the Traitorous Eight received 10% of the stock of the newly formed Fairchild Semiconductor, and the investment bank Hayden, Stone & Co. got the remaining 20% for putting the deal together. This deal, structured by Arthur Rock of Hayden, Stone & Co., is believed to be where the 80/20 model originated. In addition, Fairchild Semiconductor is credited with being the first venture-funded start-up in the San Francisco Bay area. At its facility in Santa Clara, the company manufactured transistors from silicon instead of the previously preferred germanium. This development led to the coining of the name “Silicon Valley” in the 1970s for all technology companies that were spun off from or related to Fairchild Semiconductor. The Traitorous Eight, all luminaries who later started their own firms, include Eugene Kleiner (co-founder of Kleiner Perkins Caufield & Byers), as well as Gordon E. Moore and Robert Norton Noyce (co-founders of Intel). Moore (famous for Moore’s law) was nicknamed the Chairman of Silicon Valley, and Noyce was dubbed the Mayor of Silicon Valley.

Prior to the inception of the venture capital industry, entrepreneurs relied on close relatives, friends, and like-minded people to fund their enterprises. In 1946, the Rockefeller Brothers Fund Inc. (now Venrock Associates), founded by Laurance Rockefeller, became the first firm to pool capital into professionally managed VC funds. American Research and Development Corporation (ARDC) is often credited with being the first actual venture capital firm because it was the first to raise funds from institutional investors. Following its 1966 public offering, it also became the first private equity firm to operate as a publicly traded closed-end fund. ARDC was the brainchild of Georges Doriot, a business professor at Harvard University who earned the moniker “the Father of Venture Capital.” Doriot’s master stroke was his decision in 1957 to invest in Digital Equipment Corporation. Bill Elfers, a high-ranking employee at ARDC who left in 1965 to form Greylock & Co., is credited with adopting the limited partnership model, which is now the typical structure for VC firms. Benno Schmidt, a partner at J.H. Whitney & Co., is often credited with coining the term “venture capital,” which replaced “development capital.” J.H. Whitney & Co. was founded in 1946 to finance entrepreneurs returning from the war with great ideas but whose business plans were less than welcome at traditional banks.

Gerken highlights the significance of the geographic distribution of US venture capital investments. Silicon Valley, comprising northern California and the San Francisco Bay area, accounts for 38% of the funds, with another quarter located in New England (Maine, New Hampshire, Vermont, Massachusetts, Rhode Island, and Connecticut). These areas offer easy access to pools of engineers to recruit, serial entrepreneurs, co-investors, board members, and providers of professional services, such as intellectual property law firms and auditors.

The book details the investment process from the viewpoint of both limited partners (generally institutional investors) and general partners, who manage the investments and guide the portfolio companies. This process includes screening, sourcing, conducting due diligence, selecting, constructing, monitoring, and monetizing. A limited partner’s investment process consists of assessing its risk profile and appetite; determining what percentage of the portfolio to allocate to the VC asset class; screening hundreds of private placement memorandums; selecting the funds that meet the investment criteria; conducting due diligence on the particular VC’s ability, skill, sector expertise, connections, team effectiveness, and meaningful skin in the game (i.e., personal investment); and, finally, signing the limited partnership agreement and subscription agreement. A general partner’s process consists of searching for a few investments, out of many possibilities, that will make the fund a success. The desired characteristics include a compelling idea, a market opportunity, a competitive advantage, valuable intellectual property, distinctive technology, a strong core team, a sound business plan, credible financial projections, and validation of the concept. The general partner’s process ultimately leads to the term sheet and “a seat at the table” — that is, board representation.

The Little Book of Venture Capital Investing is a useful refresher for readers who already have direct experience in the VC industry and provides helpful perspective to those outside the industry. US entrepreneurs with nonfinancial backgrounds will find it a good field guide for funding their ventures. Less valuable is the author’s lengthy justification of VC on the basis of its benefits to the economy and to the country and his defense of the ultra-high-earning “1%.” 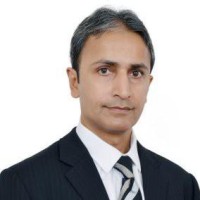