By Donald Ingham
Posted In: Drivers of Value, Portfolio Management

Buffett can perhaps best be understood as a manager/investor/philosopher whose primary objective is turnover reduction. . . . To Buffett and Munger, there is a compelling, Zen-like logic in choosing to associate with the best and in avoiding unnecessary change. Not only is it a path to exceptional economic returns, it is a more balanced way to lead a life; and among the many lessons they have to teach, the power of these long-term relationships may be the most important.

Any professional investor who hopes to have a long and sustained track record of success must be willing to adapt to changing market conditions and time horizons. Even Warren Buffett, the legend of long-term investing, can’t always rely on the same tricks.

At the recent Berkshire Hathaway annual shareholders’ meeting, Buffett was the subject of some unusual criticism for his decision not to vote against Coca-Cola’s executive compensation plan — a plan he publicly opposed. Many people were taken aback by Buffett’s uncharacteristic behavior of neglecting shareholder interests, especially considering how vehemently he has defended shareholders in the recent past.

But in Buffett’s early days, he actually engaged in numerous activist investments, including his takeover of Berkshire Hathaway. Much like today’s most notorious activist investors (Carl C. Icahn, Bill Ackman), Buffett made a name for himself by identifying market inefficiencies that could be exploited for the benefit of his investors and public shareholders. But unlike the corporate raiders of the 1980s, Buffett wasn’t out to tear companies down. In fact, he wanted to help build them up.

Here’s a look back at some of Buffett’s most notable activist campaigns and how he’s adjusted his approach to take advantage of a constantly evolving investment environment.

In 1958 Buffett bought a major stake in the Sanborn Map Company, a publisher of detailed maps of all US cities and towns. Buffett noticed that the company had built up a sizable investment portfolio, so he joined with other shareholders to lobby the board to realize the value of the portfolio. The board had virtually no ownership of the stock — a telltale red flag for today’s activist mavens — and protested the efforts of the “outsider” attempting to make change. But Buffett ultimately got what he wanted when Sanborn Map executives voted to exchange a portion of their investment portfolio for company shares, narrowly avoiding an ugly proxy fight.

In 1961, Buffett obtained majority control of Dempster, a manufacturer of farm implements and water systems, purchasing 80% of the stock at nearly a third of its value. Initially, Buffett worked with the old management to try to improve operating numbers, but the effort proved fruitless. Instead, Buffett brought in his own manager to clean up the balance sheet by getting rid of slow-moving inventory and selling off unprofitable facilities. The company quickly became profitable again, allowing Buffett to exit his investment in 1963 with a nearly threefold gain.

Buffett’s lesson: Try working with current management to improve the company. If it doesn’t work, don’t be afraid to cut the cord and move on.

Beginning in 1962, Buffett began buying up shares in textile manufacturer Berkshire Hathaway, and by 1965, he had acquired majority control of the company. Buffett then met with management and offered to sell his shares back at a discounted rate, but the company lowballed him. Infuriated, Buffett forced out the management team and installed Ken Chace as manager. Since then, the company stock has soared by about 500,000% (no, that’s not a typo).

Buffett’s lesson: If you can’t trust someone to keep their word, you probably can’t trust that person as a business partner.

Buffett first bought Coke stock in 1988 — right at the cusp of the beverage company’s emergence as a global brand — and is today the largest shareholder. Yet when it came time to cast his vote against a controversial executive compensation plan, Buffett abstained from voting altogether and opted to speak privately with Coke CEO Muhtar Kent. Buffett defended his actions by explaining how corporate boards are “part-business and part-social organizations,” rationalizing that an open dialogue would be more effective than going to “war” with Coke, a company which he still considers a core part of his portfolio.

Buffett’s lesson: Don’t go to war with your business partners if you don’t have to. The potential short-term gain is not worth the long-term consequences.

Although the outcome of Buffett’s inaction has yet to be determined (according to reports, Coke will indeed revise the plan), the incident represented quite a departure from his earlier days of shareholder activism and “control” positions.

As Buffett’s investment sizes and time horizons have changed, he has moved toward a more collaborative model of activist investing. As a long-term investor, he realizes the importance of his relationships and does not want to be hostile to corporate boardrooms. In the case of Coke, he views his relationship with the company and Muhtar Kent as more of a marriage than a transaction, and it takes much more than a lavish shopping trip to break up a marriage.

Buffett is and always has been one of the world’s great activist investors. But like an astute general, he’s careful about picking which battles to fight and which weapons to use. 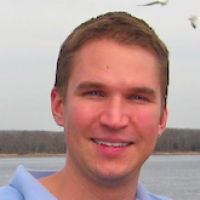