The Only Equities Most Investors Should Buy

There are a few simple things that will massively improve the financial performance of most portfolios over time:

But Which Equities Should Most Investors Own?

I believe the only equity exposure that people who agree with the points above should have is in the cheapest, broadest, most tax-efficient index tracker of aggregate world equity markets they can find.

Why? Let’s assume that from the perspective of the rational investor (an investor accepting and embracing the fact that she doesn’t have an edge in the market), each dollar/pound/euro/etc. invested in the stock markets around the world is presumed equally smart.

So while the markets may say a share in Apple is worth $125 and a share in Microsoft is worth $44, we as rational investors do not have a preference for investing an equivalent dollar amount in either company. If we did have a preference, we would effectively be saying that we know more about the future movements in share prices than the aggregate market does, which we, as rational investors, do not.

Therefore, we believe the person buying Apple is no more or less clever/informed than someone buying Microsoft. Applying this logic to the whole market means that we should own shares in all the stocks in the market according to their fraction of the overall value of the market. So if, for example, we assume that the market refers only to the US stock market and that Apple shares represent 3% of the overall value, then 3% of our equity holdings should be Apple shares.

If we do anything other than this, we are somehow saying that we are more clever and more informed — that we have an advantage over the other investors in the market.

Massive Diversification Is Possible — and a Wonderful Opportunity

Thanks to the many index-tracking products now available, buying equity in hundreds of firms on the US stock exchanges in proportion to their respective market capitalizations is much simpler today than it was a generation ago. (In the example above, Apple would constitute 3% of the value of the index tracker.)

But why stop at the US market? If there is $15 trillion invested in the US stock market and $2 trillion in the UK market, there is no reason to think that the latter market is any less informed or efficient than the former — likewise with any other market in the world that investors can get access to. We should invest in them all, in the proportions of their share of the world equity markets within the bounds of practicality.

If you were able to over- or underweight one country compared with its fraction of the world equity markets, you would effectively be saying that a dollar invested in an underweight country is less clever or informed than a dollar invested in the country that you allocate more to. You would essentially be claiming to see an advantage from allocating differently from how the multi-trillion-dollar international financial markets have allocated — which, without some sort of edge, you are not in a position to do.

In addition to it being much simpler and cheaper, since investors have already moved capital between various international markets efficiently, the international equity portfolio is the best one.

That may or may not be true, but the point is that we do not know ahead of time. You may find yourself making statements like “I believe the BRIC [Brazil, Russia, India, and China] countries are set to dominate growth over the next decade and are cheap.” You may be right, but you would also be saying that you know something that the rest of the world has not yet discovered.

This does not make sense unless you have an edge. 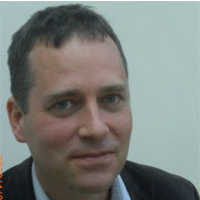 Mr. Kroijer (born 1972) is the author of "Money Mavericks - Confessions of a Hedge Fund Manager" (Financial Times Press – 2010 & 2012 - 2nd edition) and “Investing Demystified – How to Invest without Speculation and Sleepless Nights” (Financial Times Press - 2013). Mr. Kroijer currently serves on the Board of Directors of OVS Capital, Linden Grove Capital, Northlight Capital, Steadview Capital, and Maj sinAI (London, Mumbai/Hong Kong, and Copenhagen based hedge funds), and ShipServ Inc. (the leading online platform for shipping supplies with annual sales of appx $4 billion). He has frequently appeared as a finance expert on a broad range of media, including BBC, CNN, CNBC, Bloomberg, NY Times, Forbes, etc. Previously Mr. Kroijer was the CIO of Holte Capital Ltd, a London-based market neutral special situations hedge fund which he founded in 2002 before returning external capital in the spring of 2008. Prior to establishing Holte Capital, Mr. Kroijer served in the London office of HBK Investments focusing on special situations investing and event-driven arbitrage. In addition, he previously worked at SC Fundamental, a value-focused hedge fund based in New York, and the investment banking division of Lazard Frères in New York. While in graduate school Mr. Kroijer held internships with the private equity firm Permira Advisors (then Schroder Ventures) and management consulting firm McKinsey & Co. Mr. Kroijer graduated Magna cum Laude from Harvard University with a degree in economics and received a MBA from Harvard Business School. A Danish national, Mr. Kroijer lives in London and is married with twin daughters.

9 thoughts on “The Only Equities Most Investors Should Buy”