Hedge Funds: What Are They Good For?

That is the answer to the title’s question.

It is also what hedge fund investors receive in return for shelling out exorbitant fees.

The dramatic underperformance of hedge funds is pretty amazing considering the survivorship and backfill biases in the index data that skew hedge fund returns upwards by 3% to 5% per year.

Survivorship bias refers to hedge fund indices only showing returns earned by funds currently in the index. The index does not include funds that previously reported returns but stopped reporting due to poor performance. The implication is that hedge funds only report when they are successful and stop reporting once they have a string of bad results, leading to the index returns being artificially high.

Backfill bias also has dramatic impact on various hedge fund indices, including the HFRX Global Hedge Fund Index in the chart above. Backfill bias occurs when an index provider adds a new fund to their index and “fills in” prior returns of that fund (which are presumably good). For hedge fund managers, this typically means establishing a fund with seed money and then waiting to report results until returns are sufficiently high to start marketing the fund, thereby raising money using the allure of strong past performance. The end result is a process that overstates returns.

Both biases stem from the fact that hedge funds are not required to report their performance — all reporting is entirely voluntary. Whether you look at an aggregate index such as the HFRX Index or at the performance of a specific strategy, hedge funds report data to show higher performance than was actually realized.

Don’t get me wrong, there are smart hedge funds managers out there. However, absolute skill has less to do with the probability for success than relative skill where everyone is competing hard for a shrinking pool of excess returns.

Most hedge fund investors think they are able to identify the best managers in advance. Perhaps some of these statements sound familiar.

“We only pick the best managers.”

“Our process is second to none.”

“We have access to managers and data that others don’t.”

Mathematically speaking, these statements can’t hold true for everyone. It’s much like how 90% of people think they are above-average drivers — in reality, only 50% of people can be above average.

And even being above average does not necessarily translate to outsized returns. The distribution of returns is not a normal, even distribution; instead, returns are heavily skewed such that a handful of managers crush the industry by a significant margin.

The 20 most profitable hedge funds in 2015 earned $15 billion, while the rest of the industry lost $99 billion, according to Bloomberg. This isn’t unusual. Good luck picking the winning managers in advance, though. Only a small group of people have demonstrated the ability to do so.

David Swensen, CIO at Yale University, developed a model (popularly known as the Endowment Model or Yale Model) based on modern portfolio theory that invests heavily in alternative and illiquid investments. Swensen’s success at Yale has provided the hedge fund industry with an example of why people should be using Swensen’s products and strategies. Unfortunately, replicating the Yale Model is unrealistic for the vast majority of individual and institutional investors.

Yale (and a handful of select competitors) has an entire team dedicating 100% of their time to hedge fund evaluation. Most family offices or financial advisory firms have only one or two people to dedicate to alternatives, and those people frequently have other responsibilities, too. The career risk for most financial advisers is also substantially higher than for the Yale endowment employees, which leads to an increased probability of performance chasing and herding behavior.

The Yales of the world have unprecedented access to managers and a level of transparency beyond published updates that other investors simply don’t get. For example, these big players receive daily holdings reports or the first phone call from a manager when something is wrong.

Furthermore, Yale has the ability to tolerate illiquidity in a way that makes them a more attractive match for hedge funds. This also allows them to sit through years of underperformance. They have the portfolio size to properly diversify across managers and the clout to structure investment agreements in more favorable terms than the average investor.

So, yes, there is a way to increase your odds for success with hedge fund exposure. Unfortunately, most can’t do it.

The Allure of Hedge Funds

The allure of hedge funds revolves around an ever-changing narrative that plays off investors’ emotions and fears but always centers on uncorrelated profits with minimal downside risk. Plus, it’s always easier to blame someone else when using a complex investment strategy, as opposed to blaming only oneself when a passive portfolio doesn’t work out.

Hedge fund exposure fails to deliver for investors due to exorbitant fees, high competition, the ineffectiveness of active management, and a general misunderstanding of the underlying exposures and correlations (i.e., hedge funds don’t hedge). But the purpose of hedge funds from the perspective of the manager, parent company, consultants, and brokerages is to collect fees. In that sense, hedge funds have been a huge success each and every year.

Below is a profit and fee analysis using the methodology from The Hedge Fund Mirage: The Illusion of Big Money and Why It’s Too Good to Be True by Simon Lack, CFA, and publicly available data from BarclayHedge and Hedge Fund Research.

The methodology understates hedge fund profits for a variety of reasons, but you can still see that running a hedge fund has been a good business in both good and bad markets. In fact, Lack’s most recent data shows that hedge funds captured 84% of the profits and fees from 1998 through 2014; conversely, investors captured only 5% (fund of funds captured the remaining share).

Let’s revisit our original question. Hedge funds: What are they good for?

Absolutely nothing is still the accurate response for most investors. For the managers, parent companies, consultants, and brokerages that collect fees, however, they are a money tree. 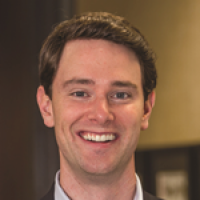 Peter Lazaroff, CFA, is the Director of Investment Research and a Wealth Manager at Plancorp, LLC based in St. Louis. Peter is a CFA Charterholder and CFP® certificant. He holds a BA in economics and management from DePauw University.

16 thoughts on “Hedge Funds: What Are They Good For?”