The US Federal Reserve spent $3.5 trillion in quantitative easing (QE) purchases from 2009 through 2014, leading many economists and market strategists to grow fearful of inflation.

Unprecedented policy actions led to doomsday scenario forecasts, but what has materialized is quite different. Inflation levels were consistently below the Fed’s 2% target in 2015. As a result, investor concerns are shifting toward the risk of deflationary rather than inflationary outcomes.

In this context, a disconnect has emerged between Fed forecasts and realized levels of inflation in the economy. Less familiar structural conditions have had a meaningful disinflationary impact since the financial crisis, and these factors manifest themselves outside of the traditional cyclical models Fed governors and others use to forecast inflation.

If new disinflationary pressures are left unaccounted for, inflation, holding all else equal, will remain subdued, and the pace of rising rates will be slower than was expected by either the market or the Fed. Mispricing related to the forward path of interest rates and the difference between short- and long-term levels create opportunities for investors in what has otherwise been a challenging interest rate environment.

Fed Projections Consistently Off the Mark

The Fed’s published forecasts for growth and inflation achieved mixed results in 2015. While growth figures were either in line with or above Fed forecasts, inflation was consistently lower than projected.

Change in Real GDP and PCE Inflation for 2015: Projected vs. Actual

As the economy is notoriously difficult to predict, error in these forecasts should be expected. Misses for the Fed are in line with misses for private sector forecasts, so the general level of accuracy is no cause for alarm.

Surprises for Growth and Inflation

What is notable, however, is the consistency of inflation data registering below expectations. There were no upside surprises relative to either the Fed or market consensus in 2015, but consistent downside indicates there is something the models are missing.

Inflation is traditionally forecast using cyclical factors such as slack in employment or housing markets. These inputs to models remain relevant, but their impact has been outweighed by structural changes that have occurred since the financial crisis. These changes are disinflationary in nature, and their impact on the economy has been overlooked.

The most powerful structural change since 2008 has been a reversal in the cycle of long-term debt. This process began when debt burdens, particularly mortgages, were no longer supported by incomes. Unlike in a typical cycle, reducing interest rates did not encourage lending/borrowing to the same degree because of the outstanding bad debts, which take substantially longer to clear through the financial system. This deleveraging puts disinflationary pressure on all asset prices as people adjust to more normal debt-to-income levels.

In addition to new conditions for debt, a changing workforce has had a major impact on traditional relationships in the economy. Demographics have been a key driver of growth in the US since World War II, but now an aging population contributes to a declining labor force. With the ongoing computerization of the workforce and the widening distribution of income, wages — a key component when measuring inflation — have seen only modest growth since the financial crisis despite the recovery in employment rates.

Modern globalization has also complicated the way the US economy interacts with others, creating deflationary headwinds through currency manipulation and stronger countercyclical relationships. Artificially cheap currencies have enabled imports to put downward pressure on the prices of US goods. More recently, lower-than-expected growth in emerging markets has reduced demand for commodities, exacerbating downside within the baskets used to measure inflation. While less familiar, these dynamics are neither temporary nor cyclical; they are structural, and must be incorporated when forecasting inflation.

The economy is constantly evolving, and new disinflationary forces will eventually be reflected by the Fed. In the meantime, market prices will adjust. Changing inflation dynamics create less familiar risks for investors, which in turn create opportunities.

Falling inflation directly affects monetary policy by decreasing the likelihood of rising rates. If inflation persists below the Fed’s 2% target, the path of interest rates currently priced by financial markets is likely to change. In this environment with the Fed on hold, steepness at the front end of yield curves can provide profitable opportunities to collect roll-down yield.

At the same time, when long-term inflation expectations adjust to new and less familiar factors, long-term interest rates, holding all else equal, should respond accordingly. Inflation premium priced into 30-year US government bonds is likely to decrease, causing the spread between short- and long-term government bonds to decline.

Low nominal interest rates have made fixed income particularly difficult for investors since 2008. While passively managed long exposures are less compelling, active positioning across the yield curve taking advantage of mispriced inflation offers opportunities for outperformance as we transition toward a new economic environment. 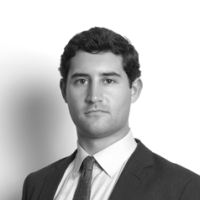 7 thoughts on “Interest Rates, the Fed, and Inflation’s New Normal”