A Greater Misuse of Charitable Donations Than Fraud?

Charity scams seem to hit the news every few months.

Consider the National Children’s Leukemia Foundation, which New York Attorney General Eric Schneiderman accused of fraud last July. The foundation allegedly raised $9.7 million based on false statements to prospective donors, dedicating only about 1% of that to fighting leukemia while the remainder went to enrich the charity’s founder and the fundraising firms he hired.

This is despicable, if true. But it may not be the most egregious misuse of donor money.

What if the National Children’s Leukemia Foundation really spent its donations on battling leukemia, but there was a different charity — unrelated to leukemia — that could save 100 times as many lives and reduce suffering 100 times as much, dollar for dollar?

Though both organizations do good work, those who choose to donate to the leukemia charity are missing a better opportunity. At best, this is an inefficiency.

And it happens a lot. Research into charitable effectiveness indicates that this dynamic is a common one. Experts have found that, in some cases, the best charities are well over 100 times more effective than the mean.

Ethicist Peter Singer reviewed several studies on how much it costs to save a life in the United States and found that, on average, it ranges from $2 million to $7 million. Charity evaluator GiveWell estimates that the Against Malaria Foundation, one of its top charities, can save a life for around $3,000. Others who have examined the relative impact of various charities have come to similar conclusions.

Some Charities Are Sub-Optimal Investors

Though none of these estimates should be considered exact, their relative scale is astounding. How is it possible for the gap to be so large? When GiveWell evaluates charitable opportunities, one factor it considers is “crowdedness.”

If a cause is very heavily funded, chances are the measures that will do the most good will already be well financed, which diminishes the incremental impact of more donations.

Americans donate more than $350 billion annually, and most of it goes to a relatively small set of crowded causes. Donors are disproportionately middle- and upper-class people who give to initiatives to which they have personal connections: their alma maters, medical causes that have touched their lives, religious institutions, and arts and cultural organizations they value.

The least crowded areas are those that don’t seem attractive to the typical donor demographic, such as fighting malaria and intestinal worms — diseases that impact impoverished communities in far-off countries. These are the causes where charity researchers have identified the greatest opportunities for impact, dollar-for-dollar, in part, because these efforts are underfunded. (Of course, areas that aren’t crowded may not be high impact, but the highest impact causes tend not to be crowded.)

Some donors may only consider charitable causes that are crowded — after all, they are crowded because they appeal to so many people — and such donors may not be interested in giving to those areas where their contributions may actually do more good. People can do whatever they want with their money. Those who want to treat giving more as a hobby rather than a means to help others can continue doing so, but they should be under no illusion that their giving choices are driven solely by altruism.

It is easy to be outraged at the alleged fraudulent activity of charities like the National Children’s Leukemia Foundation. However, the easiest way to improve charitable giving is for donors to do their research and give where their donations will do the most good. Just like with their investments, it’s critical they do their homework. 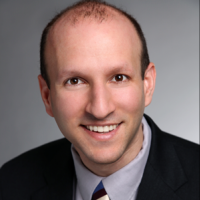 Eric Friedman, CFA, FSA, EA, is the author of Reinventing Philanthropy: A Framework for More Effective Giving, and volunteers with The Life You Can Save, an organization dedicated to making it easier for donors to find effective charities. Friedman is an investment consultant and actuary in Chicago. He graduated from Stanford University with bachelor’s degrees in mathematics and economics, and earned a master's degree in actuarial science from the University of Iowa.