In Money Changes Everything, author William Goetzmann addresses three themes in the history of finance:

Goetzmann is well qualified to present such a wide-ranging discussion. He is the Edwin J. Beinecke Professor of Finance and Management Studies and director of the International Center for Finance at Yale University, where he has taught investment management, real estate, and portfolio management for more than 20 years. In the past 11 years, Goetzmann has published five other books as well as dozens of articles, and his research ranges from the history of finance in China to the origins of corporations and the history of stock market bubbles. The current book is vast in scale and thoroughly documented, with 18 pages of chapter notes and a 15-page bibliography.

Beginning with the evolution of finance, Goetzmann presents an excellent history that starts with early civilizations in the Tigris and Euphrates region of Mesopotamia around 5000 BC. The population included shepherds, farmers, bakers, brewers, accountants, scribes, and teachers — all of whom engaged in investing, borrowing, and/or lending, using silver as means of exchange. About four thousand years later, Athenian finance invented banking, as well as coinage and commercial enterprises. Around 500 BC, the discovery of silver mines in Greece led to Greek silver coins, which developed a place among the world’s most significant coinage ever. Paying with these silver coins, Greece became a huge maritime trader in agricultural products from lands surrounding the Black Sea. Finally, just before the Common Era, the Roman government built on Greece’s innovations and expanded finance in an unprecedentedly complex and sophisticated fashion. Roman finance included coinage, banks, maritime contracts, mortgages, public treasurers, and a central bank.

Finally, Goetzmann covers a wide array of significant historical events influenced by finance. In the 16th century, the English East India Company and Dutch East India Company conducted a vast spice trade with Asia. Before the South Sea Bubble brought down both companies, they issued vast amounts of stocks and bonds. In the 1720s, under the influence of banker John Law, France issued stock based on certain French colonial possessions in North America. After losses in what became known as the Mississippi Bubble, France sold the territory to the United States. The mid-1800s saw the publication of “The Communist Manifesto,” Karl Marx and Friedrich Engels’s challenge to capitalism that cited money, savings, and investments as the root of the problem. Finally, the illustrious Cambridge economist John Maynard Keynes strove to influence the conditions imposed on Germany following World War I and also became a key participant in the discussions at the Bretton Woods Conference following World War II, which led to the formation of the World Bank. In all his contributions, Keynes was a great believer in both the investment merits and the social value of stock markets.

Rigorously researched and extremely enjoyable to read, Money Changes Everything enhances investors’ understanding of contemporary markets. Goetzmann sums up its message in his final comment: “The experience of five millennia of financial innovation suggests that finance and civilization will forever be intertwined.” 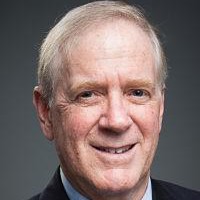