In Practice Summary: Build in Buybacks for Better Forecasts

When investors forecast long-run drivers of stock returns, are cash dividends or payouts such as share buybacks more accurate criteria than fundamentals?

This In Practice series summary of new research by Morningstar’s Philip U. Straehl and Roger G. Ibbotson of Yale School of Management maintains that market forecasters should now incorporate buybacks into their analyses.

In identifying the drivers of past stock performance to better forecast future returns, investment analysts have predominantly focused on fundamentals, such as historical dividends, earnings, and book value. But since the 1980s, quoted firms have increasingly used share buybacks instead of dividends to reward shareholders. In fact, across the US stock market, buybacks have surpassed dividends in eight of the last 10 years.

Yet, the effect of buybacks on stock returns has often been overlooked or misinterpreted by investors. New research, “The Long-Run Drivers of Stock Returns: Total Payouts and the Real Economy,” forthcoming from the CFA Institute Financial Analysts Journal®, finds that measuring corporate performance based on payouts could be more accurate than using accounting-based measures such as earnings.

The study presents a new model of stock returns based on total payouts — dividends and buybacks — that the authors believe will lead to more accurate forecasts.

How do the authors tackle the issue?

Straehl and Ibbotson create total payout models for US stock returns by using data from 1871 to 2014.

They develop three models, each of which mimics the behavior of a hypothetical investor type in the case of a stock buyback. These models are designed to show the relative importance of dividends and buybacks as drivers of stock performance.

The three investor types are as follows:

The authors then compare growth in total payouts against growth in the real economy to quantify the relationship. They assess whether the total payout models can generate better forecasts of future equity returns than dividend-based models. Finally, the authors examine the extent to which returns from various valuation measures are stable and consistent over market cycles. The authors believe this extra test is important because buybacks tend to be more sensitive to market cycles than dividends.

What are the findings?

In terms of forecasting future returns, the cash flows received by Pro Rata Buyback Investors and Cap-Weighted Index Investors are the same, despite the former group receiving their returns through buybacks and the latter relying on dividends.

Significantly, the authors show that widely used dividend-based models (DDM) substantially underestimate expected returns when compared with the total payout model. Historical returns for the total payout model are 6.79%, but these fall to 6.21% for the dividend model. The discrepancy arises because the dividend model excludes buybacks and underestimates growth from Buy-and-Hold Investors increasing their shares in companies.

What are the implications for investors and investment professionals?

Analyst forecasting accuracy is a longstanding area of controversy. This study proposes an easily implemented and helpful way to improve forecast accuracy at the stock and sector levels. The method could become another tool investors can use to predict future equity returns.

The total payout model developed and tested in this study seems to represent a viable alternative to such traditional models of stock returns as the DDM. It not only provides a more consistent framework for the attribution of returns, but it also appears to provide more accurate forecasts of future long- and short-term expected returns, which could be applied at a macro level.

This article is an In Practice summary of “The Long-Run Drivers of Stock Returns: Total Payouts and the Real Economy,” by Philip U. Straehl and Roger G. Ibbotson, from the CFA Institute Financial Analysts Journal®.

Mark Harrison, CFA, was director of journal publications at CFA Institute, where he supported a suite of member publications, including the Financial Analysts Journal, In Practice summaries, and CFA Digest. He has more than 12 years of investment experience as a portfolio manager and securities analyst. Harrison is a graduate of the University of Oxford. 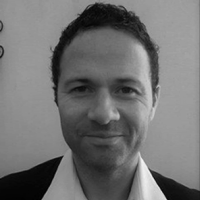