“ALIS” stands for  “autonomous learning investment strategies.” The MOV37 team created the acronym to describe the emerging “third wave” of investment managers that is following up on the first and second waves of fundamental discretionary and quantitative investing, respectively.

The title references the famous compilation album by the Grateful Dead, the Palo Alto band that helped spur the 1960s counterculture. Just as that counterculture upended traditional ways of doing things, we believe ALIS managers will as well.

The ALIS wave is driven by smaller funds that leverage recent advances in artificial intelligence (AI) and machine learning, the explosion in data availability, and inexpensive cloud computing to generate alpha at lower costs.

The counterculture of the 1960s often sprouted from the world’s leading universities, which is where ALIS managers also are germinating. Though some ALIS managers are based in New York and London, many are in Palo Alto and the San Francisco Bay Area, homes of the original counterculture and Silicon Valley. Whereas the first wave of investing was comprised of MBAs, the third wave is comprised of PhDs.

We have spent the last two years traversing the globe in a quest to find the world’s best ALIS managers. It’s been a long strange trip that has led us to examine more than 200 such funds, many of which are not included in leading manager databases.

Which ALIS managers are better? Which ones should you avoid?

The worst ALIS managers fall into Acronym Soup. They overcompensate for a lack of substance by deploying all of the machine-learning acronyms.

MOV37 Team: “What type of machine learning techniques do you employ?”

These acronyms stand for support vector machines, principal component analysis, neural networks, natural language programming or neural linguistic programming, and k-nearest neighbor. Many great ALIS funds employ a combination of these techniques, but we’ve found the top 10% generally specialize in one method that provides the focus of their overall strategy.

We also see an inverse correlation between the number of ALIS techniques used and the underlying quality of both the machine learning and the fund.

How critical are credentials?

A top ALIS fund only needs one or two PhDs, not the 100s that many of the top second-wave quantitative or computational finance managers have. Though quantity isn’t critical, quality is. In general, the world’s best ALIS managers have doctorates from the world’s best schools. That doesn’t necessarily mean Ivy League, but it does mean top technical institutions. The ALIS degrees tend to be in statistics, particle physics, epidemiology, machine learning, and robotics.

Only one non-PhD ALIS manager made our rankings, but he is exceptional. He went to a top school, studied computer science, was a gamer and (benign) hacker at an early age, and educated himself in the machine-learning techniques and technical trading of the market.

The worst ALIS managers have less education and less experience. We met one who discussed his “PhD” even though he hadn’t completed his dissertation and thus didn’t have a PhD.

We prefer doctorates to MBAs with one crucial caveat: A PhD who doesn’t understand investing earns an automatic pass. For example, we encountered an impressive ALIS PhD with a strong machine-learning background. Then we looked at the fund. It had two big problems: It naked shorted options — something to avoid at all costs due to the left-tail risk — and turned liquid large-cap securities into illiquid swaps thanks to a persuasive prime broker.

Maybe this was the revenge of the MBAs? Whatever it was, it demonstrated that a doctorate is not enough.
We have seen PhD and non-PhD ALIS managers in the unsecured lending space who developed models that were effectively short a put, and worse, levered them up only to lose big when the loans stopped performing. More troubling were ALIS managers who made loans with no credit, distressed, or workout experience.

Managers like these are safe bets to lose lots of principal in the next economic downturn.

The top decile of ALIS funds all have actual track records of one to several years. The worst managers usually have phenomenal backtested, hypothetical, or pro forma returns, but lack real returns. They have “heavenly” theoretical return series that are overfit, and when actual dollars are deployed, turn hellish.

Without proper safeguards, machine learning can be prone to overfitting.

ALIS managers often have backtests that generate insane returns of 20% to 30% per year, or Sharpe ratios in the mid-single digits or higher. Then, at some point, the managers scrape together enough capital or intestinal fortitude to launch their fund. That’s when they plunge from Backtest Heaven to Actual Hell.

We met one manager who made this leap. The fund’s angelic return rate cratered to the mid-single digits, and its Sharpe ratio fell off a cliff as a few periods of dismal returns became many periods of awful returns.

Integrity is the best differentiator.

The worst ALIS managers are unethical. Though these make up a tiny share of funds in the ALIS universe, we have come across them.

One manager asked us how much and how soon we could invest. We responded with a respectable institutional amount within the next six to 12 months. After having only run a small amount at “insane” rates of return, the manager told us our figure wasn’t worth the time and resources required for their due diligence process. Why, the manager asked, couldn’t we invest more quickly?

Another manager said their team had learned from the world’s top investment managers. They hadn’t: They had worked at a service provider that worked for these investors. But, the manager assured us, the team had seen the positions and trades of these luminaries, and so knew all there was to know about their strategies.

By that logic, anyone who studies Renaissance Technologies’ 13Fs has been taught by Jim Simons.

Yet another ALIS manager bragged in one-on-one meetings and to the media about how their system picks up on insider trading patterns. At least they make it easy for the Securities Exchange Commission (SEC) to find them.

We have spent the past two years on this proverbial long strange trip. And while we’ve seen both the highs and lows along the way, we know the ALIS wave will not crest anytime soon.

We are certain it will revolutionize investment management. 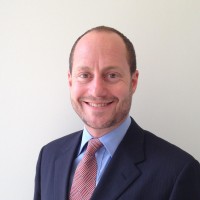 Michael Oliver Weinberg, CFA, is the Chief Investment Officer at MOV37 and Protege Partners, where he is a Senior Managing Director, and on the investment, management and risk committees. Michael is also an adjunct Associate Professor of Economics and Finance at Columbia Business School, where he teaches Pension, Sovereign and Institutional Investing, an advanced MBA course that he created. He was previously a portfolio manager and global head of equities at FRM, a multi-strategy investment solutions provider. Prior to that, Michael was a portfolio manager at Soros, the macro fund and family office, and at Credit Suisse First Boston. Before that he was a Real Estate analyst at Dean Witter. Weinberg is a board member of AIMA and on its Research Committee. He is on the management advisory council for the Michael Price Student Investment Fund and an advisory board member for the NYU Stern Investment Management and Research Society. Michael is a founder and advisory board member of YJP, a young professional organization. He is a member of The Economic Club of New York. Michael is Chair of the Value Investing Committee at NYSSA, where he has received multiple awards, including Volunteer of the Year. Michael is a published author, having written for The New York Times, Institutional Investor, CFA Institute and investment books. He has been interviewed by the Wall Street Journal, Financial Times, CNBC, Bloomberg and Reuters. Michael is a frequent panelist, moderator and lecturer for investment banks, institutional and family office organizations and business schools, including Pensions & Investments, SALT, Harvard and The London School of Economics. He has a BS from New York University and an MBA from Columbia Business School.