To many investors, India seems incredible but not necessarily investable.

Indeed, the challenges of adapting to India as an investor go beyond not knowing what you don’t know: You won’t even be able to say most of it. Hindi and English are the most widely used languages, but the country has 22 official languages and many more are spoken, taught in schools, and printed in newspapers.

So there is little chance you’ll be mistaken for a local, but neither would either of us.

Sloane Ortel first visited India in 2009 and returned earlier this year for a three-month stint working out of the CFA Institute office in Mumbai. Sameer S. Somal, CFA, spends about a third of the year there. Though he is “Indian-American,” in India they just call him “American.”

Here are seven reasons why we’re planning to keep going back.

Investors once assumed their rupees would depreciate at a nearly constant rate. Why? Because of experience: From 2006 to 2013, inflation averaged over 9%, according to the International Monetary Fund (IMF).

A lot has changed. In the summer of 2017, the Indian CPI was rising more slowly than the United Kingdom’s.

So investors might benefit by resetting their return expectations to the Indian context. A recent set of capital market assumptions from BlackRock forecasts nominal returns below 4% for every fixed-income asset class.

Indian citizens have a realistic prospect of earning 5% after inflation with a simple and widely available fixed deposit.

And Indians remain criminally under-allocated in their domestic stock market, as this spreadsheet demonstrates. Just 0.17% of all wealth held by urban households is invested in equities, compared to 4.35% in fixed deposits. Land and gold are the most widely held assets, and though investors have shifted from physical to financial assets, the rate of change has room to accelerate, especially if India’s becomes the world’s best-performing stock market.

2. A demographic dividend is due.

India’s youth is one of its most promising economic features: Census data indicates that about 41% of its population is under 20.

By 2026, India is projected to have the world’s largest working-age population, and by 2030, 28% of the global workforce will live in India. India’s labor force will stay young for many decades to come. That’s an epic opportunity to create the next generation of global leaders.

But every dividend is also a liability. India’s youth want work and meaningful careers. There just aren’t enough jobs. The OECD found more than 30% of the country’s young people are out of work and only about 5% of India’s labor force has any formal training.

The government hopes to address this deficit through the Skill India and the Make in India initiatives, among other projects. While there are not enough jobs in India, the demographics of many developed market economies are aging. The global appetite for Indian human capital in the form of skilled actuaries, programmers, researchers, doctors and engineers from India continues to expand.

3. The middle class is booming.

India’s “Urban Mass” cohort, composed of 129 million people earning over $3,200 on average, will drive the country’s growth, according to a Goldman Sachs report.

There is more room to expand: Median household income in China was around the same level in 2016. But an equivalent income in India buys quite a bit more than it does in China. Rural wages have also grown rapidly over the last decade.

Banks want access to this growing consumer population, and there are plenty of opportunities. Morgan Stanley estimates that India’s 9% mortgage-to-GDP ratio in 2016 could rise to about 17% by 2026. Broader capital access comes with side effects: India’s property sales are expected to compound at 14% a year from 2016 to 2020 and at 18% from 2020 to 2025.

This growth is not easy to leverage without significant adaptation, as Ortel observed earlier this year:

“A who’s who of firms have tried and failed to expand here: Fidelity, JPMorgan, Goldman Sachs, and Nomura. The list of exits grows. The better part of wisdom as a new entrant to the market is not to discount these efforts.”

But those who surmount the challenges of doing business here will earn the rewards. If India’s aggregate consumer spending reaches $13 trillion by 2030 as forecast, the country will be the world’s largest consumer market. The recent launch of Renault’s $4,000 Kwid is a case study in how global firms can adapt their products to local tastes.

4. A digital revolution is brewing.

India is now the world’s second largest internet market, with a smartphone user base of over 300 million people. The digital revolution is expected to double the country’s internet users by 2021, when an estimated 829 million Indians — or 59% of the total population — will be online, up from 373 million, or 28% of the population, in 2016.

A massive national fiber-optic network is being built to power this growth. Much of that network will be constructed in villages and public spaces, with free WiFi coming to 1,050 villages as well as many railway stations. This will continue to cross-pollinate other verticals, including eCommerce. Flipkart, India’s domestic competition for Amazon, already employs 30,000 people.

There are already more broadband users in India than there are people in the United States. India also has more Facebook users than any other country, having surpassed the United States this year. Mobile video IP traffic will accelerate from 57% of usage in 2016 to 76% in 2021, when India will be consuming 84 billion internet video minutes per month.

The digital revolution will improve the delivery of government services. There is a thoughtful argument that criminal and political systems are vertically integrated in India, and so leveraging technology to eliminate intermediaries is about more than just efficiency. The ease of doing business index is already jumping as a result.

5. The India Stack is growing.

The India Stack is as exciting as it is terrifying. What is it? A national biometric identity database with 1.2 billion entries that link to medical records, bank accounts, government services, and more. It is an open invitation for app developers to build on a subcontinental scale.

It begins with Aadhaar, which means “foundation” in English. This is the national biometric database that started in 2008 and now covers around 82% of Indians.

The system is far from perfect: The Hindu god Hanuman received an Aadhaar card in 2014, so there are concerns about data quality as well as security and privacy issues. There have already been significant leaks, and Jayanth Varma compares its transaction authorization to “signing a blank piece of paper.”

But there’s a reason Wharton’s fintech group calls it “the bedrock of a digital India.”

A significant plank of the India Stack, the Unified Payments Interface, will allow Indians to move money freely without negotiating various “walled garden” e-wallet networks. More and more people are opting in.

In a country with hundreds of spoken languages and widely varying educational levels, something along the lines of India Stack is the only way for digital payments to take hold.

Fintech partnerships in India are an area of extraordinary potential.

According to PwC and Startupbootcamp, 95% of incumbent financial services firms in India are interested in fintech partnerships.

Payments stand out as a hotbed of activity and innovation. The Unified Payments Interface is a case in point: Its monthly transactions rose to almost 77 million in October. It’s not a coincidence that PayTm, a payments company, recently attracted the largest funding round by a single investor in an Indian start-up.

Peer-to-peer lending (P2P) is also a hot area. The Reserve Bank of India has just announced regulations for the sector to help move it out of the shadows and into the mainstream. But the next wave of financial services innovation is coming from unexpected places. Apps that provide telematics are helping to understand driving behavior and underwrite risk in motor insurance, and e-commerce marketplaces like Flipkart are launching financial services offerings.

This is just the tip of the iceberg. According to a report by Tracxn, there were 750 registered fintech companies in India in 2015, of which 174 launched that year alone. The opportunities for growth are vast: Even after demonetization, 95% of financial transactions in India involve cash. Fintech can provide India’s high-earning youth with investor education and direct access to the tools to help them make the most informed decisions. And as access to broadband and smartphones increases, these firms could offer inclusive financial services to the whole country.

There are many forms of infrastructure. The traditional kind — bridges, roads, and ports — is still much needed in India. But the intellectual and relational infrastructure necessary for development is growing ever more robust. A few years ago, Ortel spoke with author Anita Raghavan about the breadth of the Indian diaspora, which is the world’s largest.

Those are familial and geopolitical ties, but India is making remarkable strides on other fronts. Last year, U.K. Sinha, the chair of the Securities and Exchange Board of India, said that minority shareholders have better rights in India than they do in the United States. While saying it doesn’t make it so, India’s soft infrastructure has made great strides.

A whopping 70% of the Indian population pays out of their own pocket for medical expenses. This typically strengthens the financial mechanism of the insurance sector. In the United States, the out-of-pocket expenditure is much lower, around 10% to 12%.

Hard infrastructure has made advances as well. India’s rail network moves 23 million people every day, and will soon feature solar-powered coaches. This is progress, but more rails and roads will be needed to close India’s output gap.

The domestic investment industry is a hub for business process outsourcing, but banks are shipping highly skilled work to India to support a variety of global businesses. For example, Goldman Sachs spent $30 million to establish a center in Bangalore back in 2004. Now it is building a $200-million campus there with enough space to accommodate 9,000 people, more than a quarter of its 34,000 global staff.

But India is still a tiny position in the global market portfolio. At 8.64% of the MSCI emerging markets index, India is weighted less than Taiwan (11.42%) and South Korea (15.63%). Increased attention should change that.

All we can say for sure is that we’ll keep going back. The next decade of growth in India will bring millions out of poverty, into the formal economy, and toward better lives. It will be remarkable to watch and rewarding to participate in.

Perhaps we’ll see you over there? 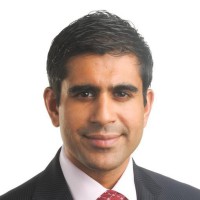 Sameer S. Somal, CFA, is the CEO of Blue Ocean Global Technology and co-founder of Girl Power Talk. He is a frequent speaker at conferences on digital transformation, online reputation management, diversity and inclusion, relationship capital and ethics. Fundamental to his work at Blue Ocean Global Technology, Somal leads collaboration with an exclusive group of PR, law, and management consulting agency partners. He helps clients build and transform their digital presence. Somal is a published writer and internet defamation subject matter expert witness. In collaboration with the Philadelphia Bar Foundation, he authors continuing legal education (CLE) programs and is a member of the Legal Marketing Association (LMA) Education Advisory Council. He serves on the board of the CFA Institute Seminar for Global Investors and Future Business Leaders of America (FBLA). He is an active member of the Society of International Business Fellows (SIBF).

8 thoughts on “Seven Reasons India Is Primed for Growth”