Skill Ratio: A New Measure for the (Lack of) Persistence in Active Management

One of the most difficult tasks in investment management is choosing an outperforming active manager before they outperform. A new investment metric helps identify and differentiate those managers who achieve alpha through skill and those who generate it by luck.

Spoiler Alert: Most Are Lucky

In Thinking, Fast and Slow, Daniel Kahneman states that “the diagnostic for the existence of any skill is the consistency of individual differences in achievement.” And in order for skill to be acquired, Kahneman says two factors must be present:

In an empty gym, Steph Curry will drain three-pointers more consistently and at a much higher rate than the average person. The three-point line is the same distance, the ball is the same weight, the rim is the same size. Within seconds of Curry shooting his shot, the rim will provide feedback. The environment is static, Curry has had the opportunity to learn from the feedback provided, and thus skill can be acquired. In this example, skill is most certainly present.

So how do we identify skilled active fund managers?

Kahneman describes the stock market as a “low-validity environment.” That means, unlike Steph Curry’s empty gym, it “entails a significant degree of uncertainty and unpredictability.”

The SPIVA US Scorecard demonstrates that the chances of outperforming are slim. Additionally, the SPIVA Persistence Scorecard shows that consistent outperformance displays properties of randomness.

But some managers do outperform. And the annualized numbers for some of the top-performing funds over the last 15 to 20 years can be very seductive to investors.

So for those investors enticed by the siren song of an outperforming active manager, I pose this question: “Once your outperformance arrives, what did the journey look like?”

One way to visualize a fund’s journey to its ultimate performance number is to examine its rolling five-year excess returns relative to a benchmark.

So what does the frequency distribution of rolling five-year excess returns of one of the oldest, largest, and most successful active US equity mutual funds — the Dodge & Cox Stock Fund — look like?

Over these 14 years, DODGX has an average excess return of 2.48%. Not too bad. But we also want to be able to explain the variation, or (in)consistency, of these excess returns. The standard deviation of excess returns for DODGX is 5.50%.

In this instance, DODGX’s Skill Ratio is caluculated as follows.

Ideally, a skilled manager should generate high average excess returns on a consistent basis (i.e., with low volatility). A Skill Ratio greater than 1 indicates such ability.

The Skill Ratio can help differentiate between managers whose successful track records are the result of a couple of “lucky” runs and those who can consistently outperform a benchmark.

So what are the Skill Ratios for some of the top-performing US large-cap equity; Europe, Australasia, and Far East (EAFE) equity; and emerging market (EM) equity fund managers?

And what are the rolling returns for some of the same top-performing US large-cap equity, EAFE equity, and EM equity fund managers?

CGM Focus was dubbed the “Best Stock Fund of the Decade” by the Wall Street Journal in 2009. During a period when the S&P 500 was more or less flat, CGMFX returned 18.2% on an annualized basis. Unfortunately, its volatility was significantly higher than the S&P 500’s, which caused sporadic flows in and out of the fund.

After a run of excellent performance, lots of assets would pour in just in time for a large drawdown. This led to a dollar-weighted return (or average investor return) of -11%. The inconsistent performance had a detrimental effect on the investor experience.

The Oppenheimer Developing Markets Fund has been one of the top performers in the EM space since 2001 and also has a very impressive Skill Ratio. But despite listing the MSCI EM Index as its benchmark, ODMAX has often held 30% to 40% of its portfolio in companies that MSCI would classify as EAFE stocks.

When we apply the Skill Ratio to factor investing, specifically the MSCI Diversified Multi-Factor indexes, which are used in the iShares Multifactor product suite, the results are especially interesting. (Disclaimer: These index returns are backtested and also fail to reflect the frictions generated by fees, taxes, and trading costs.)

Since 1999 for the US and EAFE indexes, and since 2001 for the EM index, each of the three MSCI Diversified Multifactor indexes ranked in the top 10% of their categories in terms of performance, with Skill Ratios among the top five of all funds.

Kahneman posits that investors are better off following a simple algorithm or formula rather than the judgment of experts, especially in low-validity environments. The MSCI Diversified Multifactor indexes successfully apply the same systematic, rules-based approach across three different asset classes.

And most importantly, the results appear to be delivered consistently, or “skillfully.”

If a manager is underperforming, how can we reliably determine whether it is simply a bad spell that will eventually turn into outperformance, or if the underperformance will persist and potentially lead to obsolescence?

A quick cautionary tale when considering this quandary: There were 1,227 US large-cap funds to choose from as of 1 January 1999. Over the next 19 years, 745 — 60% — merged or liquidated. And each of these obsolescent funds no doubt had CFAs, MBAs, and PhDs on its roster, a sound investment thesis, and an approach that attracted some assets.

So when choosing an active manager, remember: Every corpse on Mount Everest was once a highly motivated individual. 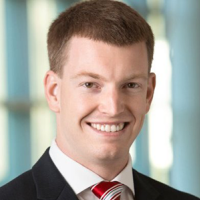 13 thoughts on “Skill Ratio: A New Measure for the (Lack of) Persistence in Active Management”