Non-financial firms in the United States paid their shareholders $456 billion in share buybacks in fiscal 2017, according to Calcbench. That’s up from $300 billion five years ago.

In ramping up their repurchases, US firms have increasingly turned to investment banks. Many companies now buy back their stock from Bank of America, Goldman Sachs, JPMorgan, and other banks, which deliver shares borrowed from institutional investors, rather than gradually repurchasing stock through brokers on the open market.

This relatively new form of investment bank-facilitated buyback, called an accelerated share repurchase (ASR), has grown quite popular since the mid 2000s. Last year, for instance, non-financial firms spent over $48 billion on ASRs, or about 10.5% of the total dollar amount of repurchases.

ASRs are quick. When a deal is struck between a company and its investment bank, the firm’s share count is reduced overnight. And not by a trivial amount. In a recent study forthcoming in the Review of Accounting and Finance, I find that ASR firms on average buy back about 5% of their outstanding shares.

The immediate reduction in shares outstanding often boosts reported earnings per share (EPS). And while an ASR’s impact on EPS does not typically exceed a few cents, it is often more than enough to help companies meet or beat analysts’ forecasts.

The study of 293 ASRs transacted between 2004 and 2011 shows that 29% of ASR firms would have actually missed the consensus EPS forecast without an ASR. That compares to only 14% of those firms that repurchased their shares on the open market. This suggests that ASRs are more likely to be employed opportunistically to stimulate EPS than traditional repurchases.

The use of ASRs as an EPS management device depends on two factors: whether the CEO’s bonus is contingent on the company’s EPS performance, and whether the company has a reputation for consistently beating analysts’ EPS targets. When either condition is met, the likelihood of an ASR almost doubles.

While the results show that managing EPS through ASRs does not generate a more favorable investor reaction at earnings announcements, it may help managers improve their compensation and reputation. An examination of the sample firms’ proxy statements shows that in only three cases did compensation committees mention taking an ASR’s EPS impact into account when deciding on the CEO’s bonus payment.

Despite concerns about their accounting implications, ASRs have become an important part of firms’ repurchase programs. And, in fact, evidence suggests many ASR firms report improved operating performance during the post-repurchase period.

As more ASR transactions are conducted and more data analyzed, there will be fewer questions about what motivates managers to implement them. 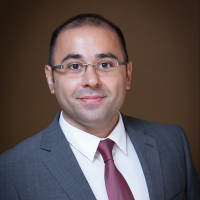