Persistence That Just Ain’t So

Do private equity presentations overstate an ability to persist?

“It ain’t what you don’t know that gets you into trouble, it is what you know for sure that just ain’t so.”

According to Respectfully Quoted, Twain saying this “just ain’t so.” As Forbes and others have reported, the phrase originated with Josh Billings in his 1874 book Everybody’s Friend.

In saying this, I am not pointing fingers at anyone and I’m certainly not knocking Mr. Twain. The phrase has just been attributed to Twain so many times that it has become as if it were so.

Humans are hardwired to anchor on repetition and Nobel Prizes have been won for studies of what are called availability and frequency biases. We tend to be swayed by what we are told over and over again.

Related to this, most everyone in or around the investment business has heard the following warning:

“Past performance is not indicative of future results.”

Some fund managers still try to anchor investors on recent past performance and many publications don’t help with their monthly or quarterly listings of “Top Funds.”

Warnings are easy to find, however, and studies repeatedly note that performance persistence rarely exists. Even most investment sales professionals admit that past performance is unlikely to equal future results. Most, but not all.

Who consistently says that past performance is indicative of future results?

Many professionals who promote or recommend private equity funds.

The examples below are direct quotes from well-respected investment firms and banks.

“Achieving top-quartile performance is not random.”

“Past and future fund performance tend to be highly correlated in private equity.”

Unfortunately, as I highlighted in a recent article, some private equity performance claims can be misleading. (For more on this read “Fake News?“) The post illustrated how firms have marketed returns that “no client received.”

A few people poked at the somewhat sensational title, but no one really questioned the main points.

What I did hear, though, were comments like this:

“I agree that private equity performance claims are sometimes overdone, but we only invest in top-performing funds.”

“As I’m sure you will agree, top funds consistently perform well and have performance persistence.”

“As you know for sure, the past performance of top private equity funds is indicative of future returns.”

I always try to be polite, but as Josh Brown pointed out in “Delusions and Entitlement,” sometimes you just have to say the following:

What I think I know is that an equity is an equity — period.

Private equity, by its very definition and terms, is “equity.” It’s just equity offered in a form that is relatively opaque, illiquid, highly levered, and has high fees and expenses.

I’ve heard leading investment houses say that “the factors that drive returns in public equity markets have little or no impact on private equity returns.”

Again, I’m not trying to single out any specific firm (many have made similar statements).

I’m simply stating that I think this just ain’t so.

My view, which is supported by others who helped with this article, is that private equity is a form of active equity management (thank you to the group listed at the bottom of this article).*

It’s just a form of equity management for which it’s hard to find good information on what true cash-on-cash, net of all fees, carry, expenses and other costs performance has really been.

But consider the following:

“No large-cap, mid-cap, or small-cap funds managed to remain in the top quartile at the end of the five-year measurement period.”

This is a quote from one of many studies that show that fully transparent and daily-market-valued top active managers haven’t exhibited performance persistence.

If this is the case with most every other type of active equity management, how is it that illiquid, opaque, often subjectively valued high-fee active managers can consistently replicate top-quartile performance? Recent studies suggest the following answer:

The following chart is from a detailed report on private equity by McKinsey & Company.

I expect this to come in for some criticism, so to be complete, below is a precise quote from a section they titled “Inconsistent Results.”

“As some academics have noted, persistency of private equity returns has fallen over past decades. Our own analysis shows that about 33 percent of buyout funds raised between 1995 and 2004 performed in the same quartile as their immediate predecessor — that is, the fund raised by the same manager with the same strategic and geographic mandate. This fell to only 25 percent for successor funds raised between 2005 and 2009 — the same level that random chance would predict. In 2010 to 2013 (the last four years for which meaningful data are available), the persistency of funds was only 22 percent. The story is worse for top-quartile funds. From 1995 to 1999, an average of 31 percent of top-quartile funds were followed by similar successors, but by 2010–13, this average had fallen to only 12 percent.”

Some may counter this by saying that this is why you need institutional-quality consultants and advisers who can cut through the noise and help investors find only the best of the best that can persist.

Investors do need help navigating return and risk metrics, which can “make good funds look great and bad ones look good.” (For the details on this quote, see “Private Equity Presentations: Are Some Tall Tales?“)

I hate to break it to my professional colleagues, however, but it seems that we often aren’t very good or consistent at picking managers.

According to a study in The Journal of Finance, researchers found “no evidence” that recommendations from institutional investment consultants “add value, suggesting that the search for winners, encouraged and guided by consultants, is fruitless.”

To be fair, the Journal of Finance quotes may be a little strong, but I do agree with McKinsey that it’s “quite difficult for even the most astute LPs to predict how [private] fund managers will perform.”

As I’ve mentioned in some form in every piece that I’ve written about private equity, I’m “not trying to knock down the many good private equity managers that exist.” I believe that “some private equity funds and private investment opportunities are top-notch and worthwhile from both a risk and return perspective,” and we should keep a lookout for them.

When investing, it’s always wise to question bold presentations, especially when they suggest that the future will be like the past.

If you hear something that sounds too good, step back and ask probing questions.

Keep in mind that, even though presentations can be legally compliant according to accredited investor rules, they might not be fully transparent and can obscure a lot with complex disclosures.

Claims that sound like they are “for sure” are often the ones that get you into trouble.

* Special thanks to Dan Rasmussen of Verdad Capital, Philippe Maupas, CFA, CIPM, of Alpha Beta Blog and past president of the CFA Society France, and Ludovic Phalippou of the Said Business School at the University of Oxford for their editing help and contributions.

Image courtesy of US Library of Congress. 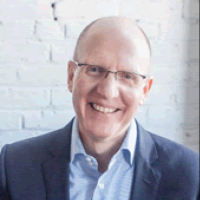 Preston McSwain is the managing partner and founder of Fiduciary Wealth Partners, an SEC registered investment adviser and multi-family office that is focused on high-net-worth investors. Previously, McSwain was a managing director at Neuberger Berman and Lehman Brothers, where he was instrumental in the growth of the firms’ UHNW trust and wealth management divisions. He began his career at State Street Bank & Trust. McSwain received a BS in Finance with a concentration in Investment Management from the University of Alabama at Birmingham. He currently sits on the board of the Overseers of the Peabody Essex Museum, and is a member of the Economic Club of New York.

3 thoughts on “Persistence That Just Ain’t So”