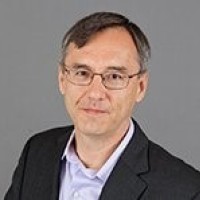 Over his nearly three-decade-long career, Alexey Panchekha, CFA, has spent 10 years in academia, where he focused on nonlinear and dynamic processes; 10 years in the technology industry, where he specialized in program design and development; and eight years in financial services. In the latter arena, he specialized in applying mathematical techniques and technology to risk management and alpha generation. For example, Panchekha was involved in the equity derivative trading technology platform at Goldman Sachs, and led the creation of the multi-asset multi-geographies portfolio risk management system at Bloomberg. He also served as the head of research at Markov Process International, a leader in portfolio attribution and analytics. Most recently, Panchekha co-founded Turing Technology Associates, Inc., with Vadim Fishman. Turing is a technology and intellectual property company that sits at the intersection of mathematics, machine learning, and innovation. Its solutions typically service the financial technology (fintech) industry. Turing primarily focuses on enabling technology that supports the burgeoning Ensemble Active Management (EAM) sector supporting strategies targeting downside volatility management. Prior to Turing, Panchekha was managing director at Incapital, and head of research at F-Squared Investments, where he designed innovative volatility-based risk-sensitive investment strategies. He is fluent in multiple computer and web programming languages and software and database programs and is certified in deep learning software. He earned a PhD from Kharkiv Polytechnic University with studies in physics and mathematics as well as an MS in physics. Panchekha is a CFA charterholder.