As this rather extraordinary year draws to its very welcome close, it’s time to reflect on the promise financial and other reporting might hold for the near future.

But first let’s look at where we are.

The explanatory power of the financial information reported to investors for market valuation has plummeted in recent decades. That by itself may not quite constitute the “End of Accounting” as Baruch Lev and Feng Gu rather dramatically titled their ​2016 book​. At least not just yet.

Nevertheless, the following chart from The End of Accounting and the Path Forward for Investors and Managers should give every financial reporting stakeholder pause. The R2​ value in the chart is a statistical proxy for the explanatory power of reported earnings and book value for corporate market value between 1950 and 2013. The trend is alarming and recent market action will only have exacerbated it.

What kind of information should investors focus on for their forward-looking decisions in 2021? Lev and Gu believe GAAP reporting does not sufficiently account for such intangibles as internal R&D, for example, which is why analysts increasingly consult non-accounting SEC filings. Lev and Gu certainly have a point.

But since 2020 is the year that environmental, social, and governance (ESG) considerations went mainstream, I would argue in a different but related direction: While their focus on intangibles is spot-on in principle, Lev and Gu’s definition of intangibles is too narrow.

So, should investors zoom in on ESG and sustainability reports and ratings? After all, these are supplied by both preparers and specialized commercial ESG rating agencies in ever greater volume and detail. Not so fast!

Growing evidence indicates that the current voluntary — and usually unaudited — ESG reports and ratings do not meet the standards of coherence and decision-usefulness that investors expect from financial reporting. And it’s not fair to hold them to those standards. Why? Because the frameworks — SASB, GRI, TCFD, etc. — under which those standards have been created cater to different stakeholder groups with heterogeneous goals. There will be temporal inconsistency at the reporting layer. That shouldn’t be a surprise. We have yet to see a control framework for ESG reports that compares to that of their financial counterparts. Moreover, ratings of the same firm vary widely across different agencies

The signal-to-noise ratio in ESG reports and — consequently — ratings will be rather low. Nevertheless, that integrating ESG factors into the investment process does not lead to inferior outcomes is encouraging and refutes the orthodox and long-held belief to the contrary.

Once we have beaten the ongoing pandemic into submission, climate change will be the top global priority. Addressing that will require massive structural change in the world economy. And for that, we have little in the way of material guidance at a granular reporting entity level. Investors will want to understand the scope and effects of that structural change. A mandatory non-financial sustainability reporting framework could provide that guidance. The output would need to be audited and follow similar standards of comparability, quality, and coherence as current financial reporting within a disciplined control framework. To be decision-useful, its reporting would have to structurally align with financial reporting, for instance, when it comes to segment reporting and structured data formats, such as XBRL. Our ​IFRS Foundation consultation response​ discusses this in more detail.

I am reasonably confident that the currently ongoing, high-powered revision of the ​EU Non-Financial Reporting Directive​ in conjunction with the yet-to-be-formed ​IFRS Foundation Sustainability Standards Board​ will eventually (and rather sooner than later!) lead to the creation of such a framework.

I fully expect that the first decisive steps in that direction will be taken before the new year is out.

This article was first published on Daily Fintech. 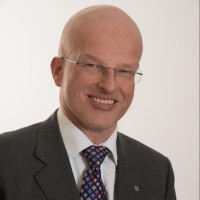 Christian Dreyer, CFA, is an independent analyst and investor who is interested in the epistemology of markets. He was CEO of CFA Society Switzerland until recently. His volunteering activities include serving as the first chair of the Capital Markets Advisory Committee to the IFRS Board and as a member of the XBRL Advisory Council to the IFRS Foundation.

1 thought on “The End of Accounting? Sustaining Financial Reporting”