How Long Does Competitive Advantage Last? A Sector Analysis

Economic theory holds that absent monopoly powers and barriers to entry, every firm’s competitive advantage in an industry will diminish and its profits fall to zero over time.

To answer these questions, we examined all initial public offerings (IPOs) on the NYSE and NASDAQ over the past 30 years and tracked how each firm performed following its IPO. We tracked how a particular company’s profitability shifted up to a decade after its IPO by looking at its margins: earnings-before-taxes (EBT), operating, net, and gross.

We calculated how a firm’s margins change over time by measuring the difference between those in a particular year and in the firm’s IPO year. We used the median difference in the industry to represent the sector as a whole.

Though margins and profitability are not perfect proxies for competitive advantage, they do offer a glimpse into how a firm’s standing in its sector shifts and evolves. When a new entrant to an industry has a singular in-demand product driven by unique intellectual property, it will likely generate high profits and margins upon its IPO. As other firms attempt to catch up and replicate or improve upon its product, the new entrant’s margins will decline as its competitive advantage in the sector diminishes.

The first striking takeaway from our analysis is the heterogeneity of firm profitability changes by sector. For instance, the median aerospace and defense industry firm experienced a 0.04 percentage point drop in EBT margin from Year 0, or its IPO year, to Year 9. But the median biotechnology company’s EBT margin fell 2.95 percentage points over the same interval.

In fact, the two industries with the sharpest median drops in competitive advantage using all four margin measures are computer hardware and biotechnology. The gross margin of the median computer hardware firm fell 2.45 percentage points in the nine years post-IPO. That of the median biotechnology company plummeted 7.99 percentage points during the same period.

The computer hardware sector’s performance is particularly surprising given how well Apple has maintained its high margins over the years: Apple’s gross margins have expanded considerably and its net margins have more than doubled, from 10% in 2005 to 21% in 2020.

For further insight into how these margins develop post-IPO, we focused in on two of the more extreme industries — computer hardware and drug manufacturing — and how their median firm’s margin changed post-IPO.

Taken together, our results suggest that most firms experience a one percentage point drop in margins in the nine years following their IPO. But in some sectors — software, entertainment, and drug manufacturing, for example — the median firm actually improves its margins as the years advance.

What explains this “getting better with age” phenomenon? It could be the result of cost-costing, regulatory lobbying, the strength of a firm’s intellectual property, some combination, or something else entirely. Determining which is something to be investigated further. 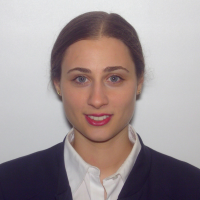 Ano Glonti is a financial analyst intern at Transparency®. She earned a master’s degree from Fordham University, where she was a vice president of operations of the Private Equity and Venture Capital Club. In 2018, Glonti completed her bachelor’s degree in finance from George Mason University. During her senior year, she was a co-president of the risk committee at the George Mason Student Managed Fund. 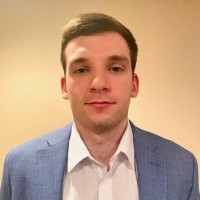 Brian Peirce is currently in his final semester at George Mason University, serving as vice president of the risk committee for the Student Managed Investment Fund, and is poised to graduate at the top of his class. He will be attending Georgetown University's master's in finance program next fall. His focus is on investment strategies and securing a position in the investment banking industry.

4 thoughts on “How Long Does Competitive Advantage Last? A Sector Analysis”