“Meme stocks” are a risky bunch. Prone to wild and unpredictable swings based on rumors and internet message board discussions, they are traded mostly by retail investors in search of the next big thing and with little regard for valuation models or the business’s underlying fundamentals.

While the movements of meme stocks occur seemingly at random and exhibit unsystematic risk, how do meme stocks move relative to stock market indices and other meme stocks?

So what is a meme stock? In our analysis, we define them based on their prominence on Reddit’s WallStreetBets discussion board. Once a stock crossed a particular attention threshold on the forum, we categorized it as a meme and recorded the date when it reached that benchmark. AMC Theatres, GameStop, Tesla, Bed Bath & Beyond, and Tilray, among others, all attracted the requisite attention on WallStreetBets, as well as among retail traders and the media, to qualify as memes and were added to our list.

So how did the correlation of meme stocks change over time?

The average correlation among pre-meme stocks was 0.21. Once they became meme stocks, however, their correlation with one another jumped to 0.38. That’s more than an 80% increase in co-movement with fellow meme stocks.

For context, GameStop and AMC had a correlation coefficient of 0.08 before they became memes. Once they crossed the meme threshold, their correlation with each other jumped to 0.45.

Volatility on an unadjusted basis also rose substantially once a stock attained meme status. Pre-meme stocks had an average volatility of 83%. That jumped to 106% once they became memes. For instance, AMC’s volatility spiked from 134% on an annualized basis pre-meme to 239% post-meme.

In all, stocks traded much more closely with the Russell 2000 small-cap index and with other meme stocks after they became memes. This increased correlation suggests a risk that investors may want to pay attention to. 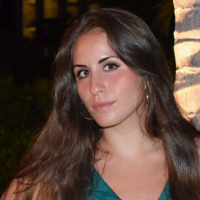 Valerie Mayer is a recent graduate of George Mason’s School of Business with a concentration in finance and economics. She is interested in tax and estate planning in the financial services industry and she plans to pursue the CFP designation in the near future. She served as a member of the Montano Student Investment Fund in a VP role during her time at George Mason and participated in the CFA Institute Ethics Challenge in Spring 2021.