Four years after the near-collapse of the U.S. financial system, systemic risk is again on everyone’s mind, in large part due to the ongoing and deepening sovereign debt crisis unfolding in Europe. Unfortunately for investors, taxpayers, and consumers around the world, the regulatory mechanisms created to deal with these issues, including the new Financial Stability Oversight Council (FSOC), remain mired in political and operational oblivion.

It is into this void that CFA Institute and the Pew Charitable Trusts have joined forces with former Federal Deposit Insurance Corp. Chair Sheila Bair to launch the Systemic Risk Council (SRC). The SRC brings together experts in investments, financial markets regulation, policy making, and academia to offer seasoned opinions on the structuring of proper systemic risk oversight, comment on relevant FSOC and regulatory proposals, and consider which issues threaten economic recovery and ongoing strength of the U.S. markets. Paul Volcker, former Federal Reserve chair, will serve as senior adviser to the Council.

One of the SRC’s purposes is to increase the accountability of the FSOC. Created by the Dodd-Frank Wall Street Reform and Consumer Protection Act, the FSOC was intended to benefit from the collaboration of federal banking and markets regulators for the purpose of helping policy makers better understand and address systemic risk. Specifically, Title I of the Dodd-Frank Act gave the FSOC a mandate to identify potential threats to the financial stability of the United States, including institutions and activities that are “systemically significant.” Though created in 2010, the FSOC has been slow to act, accomplishing little in the way of realizing this mandate, despite the critical need for meaningful and timely action.

CFA Institute is pleased to back the SRC as part of our mission to lead the investment profession globally by promoting the highest standards of ethics, education, and professional excellence to the ultimate benefit of society. We wholeheartedly support the SRC’s goal of improving systemic risk oversight and to give investors greater confidence in global financial markets. Our advocacy efforts have focused on many of these issues in both the U.S. and Europe.

Given the wide-ranging and severe effect on American households caused by market disruptions, regulators and policymakers must strive to implement systems that not only identify but, if possible, prevent the types of risks that were the precursors to the 2008 financial crisis. By helping create the SRC, CFA Institute and the Pew Charitable Trusts have stepped forward to hold accountable the public entities charged with monitoring potential systemic risks, and to ensure they remain vigilant. We hope that in the long run this will have lasting positive benefits for investors and society at large.

Watch this space for future updates on the Systemic Risk Council. 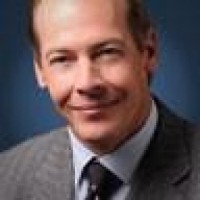