Shining a Light on Shadow Banking: How to Define It and What to Do about It?

“Shadow Banking” — what is this ominous catch-all definition mentioned more and more frequently by regulators and the press?

The expression was coined after the financial crisis to define the segment of financial services which — in very simple terms — is not part of the regular banking system and nonetheless provides credit intermediation of some kind.

Much ink has been spilled on the subject since 2010 by the Federal Reserve Bank of New York, the Financial Stability Board (FSB), the European Central Bank (ECB), and by the European Systemic Risk Board (ESRB). Two consultations have been launched by the FSB, one by the International Organisation of Securities Commissions (IOSCO) on money market funds, and one by the European Commission.

Regulators worldwide are working on shadow banking under time pressure following the G20 mandate to extend regulation to previously unregulated parts of financial markets by the end of 2012. We can only hope that coordination by global bodies such as the FSB and IOSCO will help achieve consistent outcomes at the national and regional level, avoiding a regulatory patchwork and jurisdictional arbitrage.

Based on the October 2011 FSB Recommendations to strengthen oversight and regulation, five workstreams have been launched at the FSB to advance efforts to develop proposed policy recommendations in these areas:

Recommendations are expected from all of these FSB workstreams, at different times in 2012. The FSB has also mandated IOSCO and the Basel Committee on Banking Supervision (BCBS) to examine some of the issues and to revert with policy recommendations. The European Commission is at an early public stage in policy formulation with its Green Paper, but it is likely to move quickly once recommendations are made by global regulatory bodies, in order to fulfil the G20 mandate.

Where do we stand in the debate? The proposed definition of shadow banking has changed little, despite much criticism about the negative implications of the name, and the very broad scope. Many proposals so far tend towards the application of a one-size-fits-all banking regulatory approach to entities and activities which are capital market-based. Some of them are entities, some are activities, and still others are financial products — and yet banking prudential regulation is supposed to provide the magic formula to contain the systemic risk they may represent.

Also missing so far is a clear, detailed analysis of the risks to be addressed, and appropriate, well-targeted reform proposals. Financial markets cannot always fit into the corset of banking regulation, and some risks inherent to financial activities and products can be mitigated, but not eliminated.

Contrary to what the label implies, some parts of shadow banking are already heavily regulated, such as investment funds (money-market funds in particular), and regulators should keep this in mind. The benefits to financial markets and — above all — to the real economy in terms of credit provision should also not be overlooked, especially at a time when banks are deleveraging and credit availability is tight.

Systemic risk mitigation, improvements in capital markets resilience, and enhanced transparency are crucial and should be fully supported. However, regulators should be aware of unintended consequences: applying banking regulation where it is inappropriate could destroy diversity in credit intermediation, reduce liquidity in the global economy and — paradoxically — increase systemic risk by favouring bank growth. 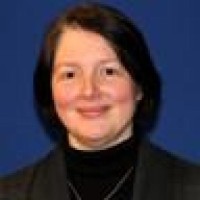 Graziella Marras is a former director of capital markets policy for the Europe, Middle East and Africa (EMEA) region at CFA Institute.