Simple or Complex — What History Has Taught Us about Financial Regulation

Every morning on my way to work, I pass the house where Heath Robinson was born in northwest London. He was a popular cartoonist and humourist who invented his first ridiculously eccentric contraption a century ago. Ever since, the term “Heath Robinson” has become synonymous in the U.K. with any implausibly complex means of doing something simple. As an antidote to such tendencies, Kelly Johnson, lead engineer at Lockheed Skunk Works (source of the most advanced spy planes), coined some advice to his team that has become a guiding principle for many: Keep it simple, stupid (KISS)!

Now years later, in reflecting on the current financial crisis, many are wondering if we forgot that wisdom, made the financial system too complicated, and in the process, also vulnerable. Andrew Haldane at the Bank of England has recently become a prominent proponent of more simplicity, pointing as example to the possibly detrimental impact of the more complex Basel II rules for regulating banks when compared to Basel I. Many others have joined the bandwagon.

If only it were that simple! From observing sophisticated and stable systems such as the human body, it seems that complex control systems are required to provide ordered function and high levels of resilience. Simpler organisms appear to be far more at risk to fickle fortune than more complex organisms. So, let’s be wary of making simplicity the new fetish. While Occam’s razor should always be applied to guard against Heath Robinson complexity, we should not shy away from the daunting problems of large-scale systems that confront us.

Finance can learn much about regulating complexity from other disciplines that have been wrestling for long with similar problems. The term “cybernetics” was first coined in 1845 by the French physicist and mathematician André-Marie Ampère, based on the Greek word for navigating. It was later better defined by the American mathematician Norbert Wiener as “the scientific study of control and communication in the animal and the machine”. Since then, its principles have been used and expanded in engineering, biology, philosophy, sociology, and beyond. An important branch that has evolved from cybernetics is systems theory, a method for describing and understanding the dynamic behaviour of complex systems. A study of system dynamics shows how even relatively simple systems can be non-linear and switch readily to highly unstable states.

A useful theorem derived from cybernetics by Roger Conant and W. Ross Ashby is termed the Good Regulator. They showed that “every Good Regulator of a system must be a model of that system”. That is, success in regulation requires the building of a good model of understanding of the system being regulated. An associated theorem is Ashby’s Law of Requisite Variety, which states that “variety in a system can successfully counter a variety of disturbances in the environment”. In other words, the larger the variety of options available to a control system, the greater the volatility it is able to compensate. Both these fundamental postulates are important for financial regulators to understand.

As we work to update the regulatory architecture for finance, it seems obvious that it’s not stone-age simplicity that will help to pre-empt the next crisis but greater insights into, and better understanding of, the financial system we have wrought. That system is not going to grow simpler, but ever more complex, defying the law of entropy, just as life on earth has done ever since time immemorial. Greater complexity will yield financial systems that exhibit new properties and generate new challenges. Systems of control and regulation which aim at fostering stability will need to match the complexity with better models to understand it. We can kiss goodbye any hope of keeping our financial system or its regulation simple. 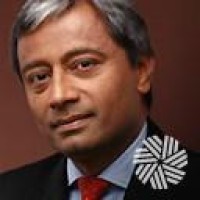