Implementing Basel III in Europe: Issues and Concerns about the CRD IV Package The Directive deals with the components of banking reform that need to be transposed into national law:  rules on defining competent authorities, access to deposit-taking activities, effective supervision, corporate governance in financial institutions, and a sanctions regime.

The Regulation (which necessitates adoption without national transposition) requires banks to hold 4.5% of minimum Tier 1 Capital in 2013, which will be gradually increased until it reaches 6% in 2019. Minimum common equity will rise from the 3.5% currently to 4.5% by 2019, whilst minimum total capital will remain at 8%. Furthermore banks will need to hold onto some additional buffer capital such as an additional 2.5% in the “capital conservation buffer” and further 0-2.5% for a “counter-cyclical buffer,” to be determined at a national level. Therefore the minimum total capital plus capital conservation buffer is set to reach 10.5% by 2019.

Although there have been complaints from some quarters of the banking community that these requirements are too stringent and will hamper lending, these capital requirements do set the standard at below that of Basel III. The capital buffers have been moved from the Regulation draft into the Directive, where there is flexibility for national fine-tuning. Policy makers have justified this move and the “light” version of Basel III by emphasising that the Basel agreements were developed for internationally active banks and that CRD IV is being applied across the entire universe of 8,300 banks and investment firms active throughout Europe. The downside to this flexibility, however, is uncertainty, complexity of implementation, and potentially creating an uneven playing field within the EU giving rise to regulatory arbitrage.

The European banks have also raised concerns regarding capital increases required by Basel III and the incorporation of a leverage ratio set at no more than 3% of total managed assets. The Regulation introduces supervisory checks for leverage, with a view to reconsidering the introduction of a binding leverage ratio in 2018. In the meantime banks will need to report their leverage ratios to the competent authorities.

Obviously we all want our banking system to be safe and sound — but one has to ask if this CRD IV package strikes the right balance in terms of safeguarding the system for European banking investors and consumers, at the same time as providing the right supportive environment for the resurgence of economic growth? One hopes that this CRD IV package brings calmer times for bank investors (less shocks and fewer bailouts) although undoubtedly the returns will be more subdued also. For now, what remains the biggest concern for us all, however, is the fact that banks are still able to use their own internal models to determine their minimum required regulatory capital. Surely this lack of external or independent credit assessment is going to potentially create even more problems with even more perverse incentives for risk. 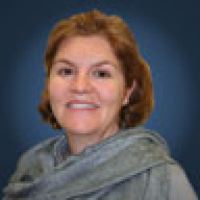