Alibaba IPO: What It Says about Shareholder Rights in Asia

Minority shareholders of listed companies in Asia often have little say about management and board decision making. Shareholder activism has not taken hold to the same degree as in the United States, where activist shareholders like Bill Ackman and Dan Loeb can be forces for change in board rooms. Asia’s endemic cross-holdings of family or state-controlled companies effectively keep power tightly concentrated.

How strange then that the issue of fair treatment of minority shareholders has become central to the dispute between the Alibaba Group and the Hong Kong stock exchange.  China’s largest e-commerce site (think of it as Amazon, but with financial services offerings) wanted to do an IPO in Hong Kong. The company reportedly sought to create a partnership structure that effectively would give preferential treatment to one class of shareholders over another. Hong Kong listing rules have long prohibited companies from issuing dual-class shares with different voting rights. The proposal would have allowed the company’s founder, Jack Ma, and his partners to be able to nominate a majority of the members of the board and retain control of the company even if it issued new shares.

Maintaining control appears to be a paramount concern in the Alibaba Group. Alibaba is managed by a committee of 28 partners. Alibaba Executive Vice Chairman Joseph Tsai argued in a blog that the company’s proposed governance structure “would enable Alibaba’s partners — key people who manage our business — to set the company’s strategic course without being influenced by the fluctuating attitudes of the capital markets so as to protect the long-term interests of our customers, company, and shareholders.” Can a publicly listed company set itself up to be immune to the fortunes of the capital markets, which are a reflection of shareholder sentiment? Tsai acknowledged that one of the reasons for the partnership structure is to keep control among a select group of people should the founder leave or lose his way.

Alibaba’s history with shareholders doesn’t help its case. In 2011, Alibaba’s transfer of Alipay, the company’s online payment system, to another company triggered a dispute with its shareholder Yahoo, which claimed it wasn’t informed of the transaction until months later.  In 2012, the group privatized its Hong Kong-listed unit Alibaba.com Ltd. after Yahoo decided to sell about half of its 40% stake back to the group.

Alibaba’s IPO put the Hong Kong Exchanges & Clearing Ltd., which is both a regulator and a listed company, in a difficult quandary. On one hand, granting special treatment to a large Chinese issuer would be publicly unpopular and viewed as an affront to Hong Kong’s rule of law and market fairness. On the other hand, it would mean foregoing possibly hundreds of millions in fees for the exchange and the banking industry, stamp duties for the government, and the loss of a prestigious issuer. Listing authorities (the Hong Kong Securities and Futures Commission has final say on IPOs) reportedly declined to grant Alibaba an exemption, and the company is now believed to be seeking a U.S. listing.

Tsai suggested that Hong Kong has failed to “adapt to future trends and changes.” Indeed, U.S. technology companies like Google and Facebook have used multiple classes of shares, with little fuss from regulators. Earlier this year, Google issued non-voting Class C shares that allowed the company to raise money without surrendering the founders’ control, but only after settling a lawsuit by one of its shareholders, Brockton Retirement Board.

Is Hong Kong behind the times? Or are U.S. regulators more tolerant? Hong Kong Exchanges & Clearing CEO Charles Li suggested in a blog that multiple class shares work in the United States because it has a deeper institutional investor base and a litigious culture that can keep management in check and offer recourse for minority shareholders.

Asia doesn’t have the same environment.  Hong Kong doesn’t allow class-action suits, although the idea has been explored in the last few years. Litigation as a means for upholding investor rights has never been a favored course of action in Asia because of cost, long waits, and issues over judiciary independence in some jurisdictions. Foreign institutional investors have attempted to directly change corporate governance in Asian firms with little success, especially in Japan. Local institutional investors have yet to significantly exercise their influence in the companies they invest in. This could be explained by the fact that the largest local institutional investors in Asia are state-owned/managed pension funds.

Extensive cross-holding structures and state and family control have allowed many Asian companies to be tightly controlled despite being publicly traded stocks. In the U.S. ownership is more widely dispersed.

Finally, perhaps the U.S. stance is in part reflective of the fact that stock markets no longer act only as a method to raise fresh investment capital for companies, but are also an accepted method for entrepreneurs to “cash out” part of their accumulated wealth and share future growth with a broader pool of investors.

But a worrying trend in Asia is shareholders’ indifference to their rights. Investors willingly surrender their rights to management and expose themselves to ownership dilution, such as pre-emption rights waivers that allow companies to issue private placements without having to offer the shares to existing shareholders first. Others believe that how controlling shareholders and management go about their business is irrelevant as long as share prices increase and dividends are paid. Moral hazard also comes into play: the belief that a state-owned company will not be allowed to fail is fair compensation for any lack of transparency or misconduct. Shareholders have to want their rights in order to be valued.

Alibaba’s IPO reminds us of how far away Asia still is in setting best practices for investor protection and of the need for a deeper examination of our corporate governance culture. In this context, the stance of the Hong Kong stock exchange should be applauded. Whether Alibaba is right is not the crux of the matter, the weakness of the wider market infrastructure is. 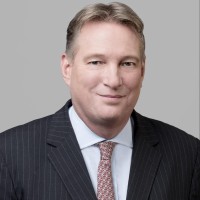