Have the GIPS Standards Reached an Inflection Point?

An increasing number of institutional investors — for example, Norges Bank Investment Management, which administers the Norwegian Government Pension Fund, and the State Teachers Retirement System of Ohio — are using the Global Investment Performance Standards (GIPS®) to track their investment returns. In many cases, these institutional investors are considering GIPS compliance as a factor in their manager selection process. On several other fronts, asset owners and managers have been exploring the GIPS standards as a way for firms to differentiate themselves while providing a consistent framework that can be used to evaluate their investment returns.

In an article for HedgeFund Intelligence, Stephen Oxley of Pacific Alternative Asset Management Company wrote that “in the long-only institutional world, the GIPS standards are generally seen as a necessary condition to winning institutional mandates.” He recommends that hedge fund managers consider the Standards as a way to provide investors with a consistent means of evaluating the performance of alternative investments. “Showing a credible investment performance history seems, if anything, to be more important in the absolute return world than in the long-only world,” writes Oxley, “as the temptation to massage the numbers or leave out funds, side pockets or difficult time periods may be higher.”

The GIPS standards can also be used by wealth managers looking to demonstrate value for their high-net-worth clients. On his blog, Michael Kitces of Pinnacle Advisory Group recently wrote that “some RIAs [registered investment advisers] are deciding that in an era of increasing competition, actually being willing to stand by a performance track record and be accountable for it can be an effective differentiator.” The practice is not yet widespread among financial advisers serving private clients, but Kitces notes that “it doesn’t take a lot of advisors choosing to do so before the pressure is on everyone else to go through with it as well; few advisors will want to be in a competitive position for a client as ‘the only one’ who isn’t willing to share their performance track record.”

From the perspective of an individual investor, Wall Street Journal columnist Jason Zweig suggests that it would be useful for clients to have a consistent set of rules that could be used to evaluate the track records of financial advisers recommending investments. In his column this past June, “Financial Advisers: Show Us Your Numbers,” Zweig notes that the Standards “make it relatively simple for firms to report their results — and for clients to understand them.”

With the increased focus on the GIPS standards at the institutional level and elsewhere, the investment industry may be headed toward a future where presentations that comply with the GIPS standards are seen more frequently than noncompliant ones. And as the financial industry places more emphasis on the Standards, government regulators appear willing to follow suit. Earlier this year, the US SEC took action against an investment adviser’s president and owner for misrepresenting his firm’s compliance with the Standards. Stuart Gittleman, writing for Thomson Reuters, noted that this may be the first formal SEC sanction for misrepresenting GIPS compliance.

Next week in Boston, the GIPS Standards Annual Conference will be held to discuss the implementation and application of the GIPS standards. At the event, subject matter experts and government regulators will gather to share best practices and discuss key issues and major developments. Investment professionals who would like to learn more about the Standards are encouraged to attend. Presentations from Andrew Bowden, director of the US SEC Office of Compliance Inspections and Examinations, and Karyn D. Vincent, CFA, CIPM, managing partner for client services at ACA Performance Services, will also be broadcast live from the event. 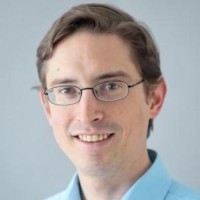 Peter M.J. Gross was an online content specialist for CFA Institute, where he has managed blogs for the CFA Institute Annual Conference, European Investment Conference, and Middle East Investment Conference. Previously, he worked at Hampton Roads Publishing Company and at MFS Investment Management. Mr. Gross' articles have been published by Enterprising Investor, City A.M., Seeking Alpha, and The Hook, and his work has been highlighted by Real Clear Markets. He holds a BA degree from Connecticut College.