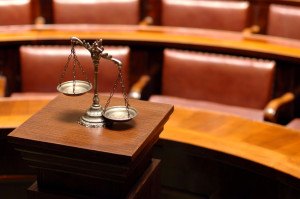 Prosecuting insider trading cases is usually a reliable strategy for authorities wanting to demonstrate a “get tough” stance on industry insiders that make money by taking advantage of unsuspecting investors. But that strategy has gotten more difficult, at least for US legal authorities, given an appellate court’s ruling at the end of last year (US v. Newman, Chiasson).

The Second Circuit Court of Appeals threw out the lower court’s conviction of two portfolio managers who were “remote tippees” — individuals who received confidential inside information through a chain of intermediaries. The court reiterated that, to gain a criminal conviction, prosecutors must prove that 1) the corporate insider (“tipper”) providing the inside information violated a fiduciary duty, 2) the tipper disclosed the information in exchange for personal benefit, and 3) the tippee knew the tipper violated the duty by disclosing the information for personal benefit. According to the appeals court, prosecutors failed to prove that the two men knew they were trading on inside information, or that they knew of any personal benefit obtained by the original tippees. To be found guilty, a “remote tippee” must be aware that a benefit was received by the tipper, even if he or she did not provide it, according to the court.

More significantly, the court substantially narrowed the definition of “personal benefit” by ruling there must be a “relationship between the insider and the recipient that suggests a quid pro quo.” Previous judicial decisions relied on an expansive definition of “personal benefit” that included a tipper trying to enhance her or his reputation or to curry favor with investment analysts, business partners, colleagues, relatives, or friends. The Second Circuit Court rejected this broad definition. Under the decision, prosecutors must show more than “casual or social” friendship, and prove “a meaningfully close personal relationship that generates an exchange that is objective, consequential, and represents at least a potential gain of a pecuniary or similarly valuable nature.”

Critics of the decision were quick to point out the potential negative ramifications of such a narrow interpretation of “personal benefit.” Does it mean that anyone, with no expectation of a return favor, who just wants to help out a friend who may be in a tight financial spot, can pass along a lucrative stock tip based on material nonpublic information? Doesn’t that undermine the very rationale for prohibiting insider trading — maintaining confidence in the fairness and integrity of securities markets by leveling the playing field between knowledgeable insiders and the general investing public?

Yes, argues US Attorney for the Southern District of New York Preetinder Singh “Preet” Bharara, whose office brought the case against Newman and Chiasson. His office has filed a petition to ask the court to reconsider its decision. “Put simply, if the opinion stands, the [Second Circuit’s] erroneous redefinition of the personal benefit requirement will dramatically limit the Government’s ability to prosecute some of the most common, culpable, and market-threatening forms of insider trading,” the petition states.

Already the Second Circuit’s ruling has had a dampening effect on insider trading prosecutions. Two weeks ago, a US judge threw out the guilty pleas of four men accused of trading on misappropriated information about an IBM acquisition of SPSS Inc., saying that the appellate court’s decision in Newman, Chiasson deserved “utmost consideration.” Others are calling for the US to adopt a statutory definition of insider trading — a regulatory approach taken by the UK, and other member states of the EU, which make insider trading a statutory offense.

In contrast to US law, the insider trading prohibitions of the CFA Institute Code of Ethics and Standards of Professional Conduct are simple and more comprehensive. Standard II(A) states that CFA Institute members, CFA charterholders, and CFA Program candidates for the designation “who possess material nonpublic information that could affect the value of an investment must not act or cause others to act on that information.” The Code and Standards focuses on the nature of the information: Is it material? Is it public or nonpublic? — and not how the information came into the person’s possession, whether it was in violation of a duty, whether someone benefited from the disclosure of the information, or to what extent someone received a benefit. Simple possession of material inside information triggers the prohibition. Members, charterholders, and candidates seeking to comply with the Code and Standards don’t have to go through a complicated analysis of how confidential information came to be disclosed, by whom, and for what reason. If you know the information is material, and you know it’s not in the public domain, don’t trade or cause others to trade by disclosing it to them. So while the law may (or may not) have wiggle room on insider trading, the Code and Standards don’t.

2 thoughts on “Court Muddies Water on Insider Trading, but CFA Institute Code and Standards Are Clear”