Expanding Reach of the GIPS Standards

The GIPS Executive Committee officially endorsed CFA Society Saudi Arabia as a GIPS Sponsor, and it is the first GIPS Sponsor in the Middle East. Saudi Arabia is by far the largest market in the Middle East region, with total market capitalization of $440 billion. CFA Society Saudi Arabia is preparing the first Arabic translation of the GIPS standards that will be an extremely helpful tool in promoting the standards in the region. Stay tuned for more details.

CFA Society Beijing also joins the ranks of GIPS Sponsors as the officially endorsed GIPS Sponsor for China. This recognition is especially significant because it marks the 40th GIPS Sponsor.  With this endorsement, the GIPS standards will be promoted and adoption encouraged within China, which boasts the world’s second largest stock market, four of the top five largest banks, and 17,000 registered investment management firms.

Significance of the Expansion

Endorsement of these two latest GIPS Sponsors is an important milestone in many ways. First, recognition of an official GIPS Sponsor in these two regions has long been a mission of the GIPS standards. In addition, there is the significance of reaching 40 global GIPS Sponsors at the same time as we are celebrating the 30th anniversary of the GIPS standards. These factors contribute to the expansion, adoption, and promotion of the standards on the global stage, where the light is shining brightly in large part because of the partnerships with GIPS Sponsors and the contributions of the many GIPS volunteers who devote their time, energy, and expertise.

The GIPS standards serve as a key component in advancing the mission of CFA Institute to lead the investment profession globally by promoting the highest standards of ethics, education, and professional excellence for the ultimate benefit of society. 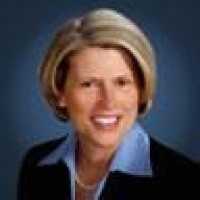