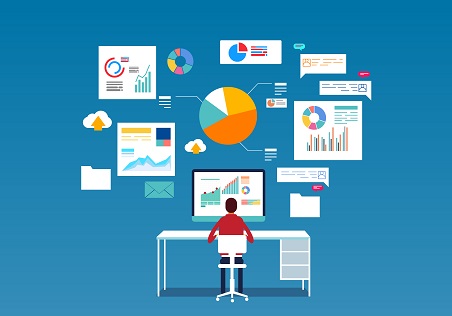 CFA Institute recently conducted a member survey to ascertain the best way forward on the contentious topic of alternative performance measures (CFA Member Survey Report: Alternative Performance Measures — The Latest on Investor Use and Desire for Standardization). Alternative performance measures (APMs) include non-GAAP financial measures (NGFMs) that are reported within and outside the primary financial statements (e.g., earnings before interest, tax, depreciation, and amortization; adjusted net income) as well as financial and nonfinancial key performance indicators that are reported outside the primary financial statements (e.g., same-store/like-for-like sales).

The prevalence of APMs — coupled with their often inconsistent, difficult to compare, unreliable, and not fully transparent reporting — has seen accounting professionals, auditing standard setters, regulators, investors, and other financial-reporting stakeholders continue to grapple with figuring out the best way of ensuring that APMs are truly useful and not misleading to investors. In the last two years, regulators across the globe (US SEC, International Organization of Securities Commissions, European Securities and Markets Authority) have either issued or updated their guidance and principles for the reporting of NGFMs. Although the regulatory guidance is a positive step, it remains to be seen whether it will significantly improve the clarity, transparency, and reliability of APMs on a sustained basis.

That being said, with a few exceptions (e.g., Nareit definition of funds from operations), neither voluntary nor mandatory guidance is available that would standardize the definitions of APMs and enable a meaningful comparability of APMs across similar business models.

The absence of standardized APMs is seen by some investors as a glaring gap that needs to be addressed. Furthermore, some investors assume that standardized definitions would increase the level of assurance on and reliability of APMs, particularly if the APMs were located within the financial statements. Many other investors, however, are comfortable with the view and communication of APMs as nonstandardized measures that accord entities the flexibility to communicate entity-specific information beyond that conveyed by GAAP/IFRS information.

With the continued prevalence of APMs and divergent perspectives on whether or not to standardize these measures, CFA Institute, through its survey, sought to take the pulse of investors on their views on the way forward for APMs.

The survey also sought to establish whether the demand for APMs would lessen if more timely audited financial statement information was available. There was no majority view (i.e., >50%) but more respondents (49%) disagreed than agreed (30%) with the question, “Would the need for APMs lessen with more timely audited financials?” However, in this instance, respondents from the APAC region bucked the trend: more APAC respondents agreed (50%) than disagreed (38%) with the question. A significant proportion (21% ) of respondents had no opinion.

This result suggests that the relatively timely availability of nonstandardized APMs that have minimal or no assurance is not the primary determining factor that underlies the appeal and widespread application of these measures by investors. In other words, many investors need APMs for the incremental information content relative to GAAP/IFRS information that they provide. Unless similar information (e.g., sustainable earnings) was presented by GAAP/IFRS information, the demand for APMs would still exist. Said differently, for many investors, the more timely release of standardized, audited information will not negate the need for additional relevant nonstandardized APMs. That said, this result cannot be used to infer investor/member views regarding the level of assurance required for APMs. Such views have been reflected in other survey results (CFA Institute Member Survey Report: Audit Value, Quality, and Priorities; Bridging the Gap: Ensuring Effective Non-GAAP and Performance Reporting) that have shown member support for increased assurance on APMs.

The snapshot takeaway from the survey results is that APMs have a distinct role that is valued by investors, many of whom support the expansion of these measures. At the same time, on balance, respondents appear to have an expectation that more needs to be done to standardize and improve the comparability of APMs and that ideally, such standardization ought to be sheparded by the authoritative bodies responsible for accounting and disclosure requirements.