A common factor in the recent demise of Carillion in the United Kingdom and previously of Abengoa in Spain was creditor factoring used to bridge liquidity shortfalls. Creditor factoring generally delays payments to creditors to fund a company’s operations. Such arrangements may help companies in smoothing operating cashflow volatility. Most often it is used as a last resort, which management believes will solve a short-term issue, to manage liquidity problems. Investors find out about this practice only when “other items” in current liabilities become too big to miss; around that time, however, it may be too late to take action.

For the analyst, the issue is to identify at what point in time a trade creditor (included in working capital changes; i.e., operating cash flows) becomes a financing liability (included in leverage calculations; i.e., financing cash flows). Regrettably, a lack of accounting guidance and transparency of disclosure obscures users’ understandability and visibility of economic reality.

Current accounting practice does not specifically cover reverse factoring, and company management can use it without any specific disclosure requirements. This, however, is vitally important information for analysts to identify in a timely fashion and to adjust in performance and leverage ratios. An omission to make a timely adjustment would overstate operating cash flows and understate leverage ratios.

“Reverse factoring” is a term broadly used to refer to creditor factoring or supplier discounting arrangements. In accounting, this practice is referred to as “structured trade payables.” Technically, the following three types of arrangements are clubbed together under the reverse factoring term:

Good reverse factoring, the situation where supplier payment period is in line with industry practice or earlier – happens when a company with a higher credit rating arranges discounting for suppliers at cheaper interest rates that could be higher had supplier arranged its own factoring. We refer this as good reverse factoring if the supplier payment period is not more than the established industry practice. This has no impact on working capital or on the operating cashflows of the company although it may benefit the supplier who has an option to improve operating cashflows by discounting earlier at a cheaper borrowing cost.

Bad reverse factoring, the situation where the supplier payment period gets extended beyond industry practice – happens when a company with strong bargaining power and higher credit rating extends the payments period beyond the normal industry practice. The supplier must accept these terms as it is often heavily reliant on this single customer. Unlike good reverse factoring, this improves working capital and operating cashflows of the company although the supplier’s own cashflow may worsen unless a factoring facility is used to avoid the impact of extended payment period.

Confirming, the situation where supplier gets paid on time by a bank or third party – happens when a company that cannot persuade its supplier to extend credit period achieves a similar economic result as bad reverse factoring by asking its banks to pay on its behalf while the company settles the due amount at a later date to the bank. The company now bears the interest cost for extending the supplier payment due date. From a cash flow standpoint, the result is similar to bad reverse factoring in that it improves the company’s working capital and operating cashflows, albeit with additional borrowing cost. There is no impact on the supplier’s cashflows as it gets paid on time.

In the cash flow statement, neither the direct or indirect method can capture bad reverse factoring as payments go to the supplier. In the case of confirming, however, there is a legal and economic change of counterparties. This change should mean that a portion of cash flows should fall under “operating activities” and another portion should fall under “financing activities.”

Say, for example, as per industry practice, a creditor is paid after three months from the date of supply. Let’s further assume that the average outstanding creditor balance is $300. Under a confirming arrangement, the bank pays the creditor on the due date and then collects from the company after seven months from the date of supply. This confirming arrangement helps the company improve its working capital inflows by around $400 ($700 – $300).

Some accountants argue that under indirect cash flows, there is no change and cashflows generated from extending the payment period should stay in operating cash flows. Otherwise, by this logic, the entire creditor cashflow movement would be included in financing activity. This is a valid argument for reverse factoring from an accounting perspective but not for confirming transactions. With confirming, we believe that the creditor and bank balance movements should be separately disclosed in cash flow statement, with the former included in operating cash flows and the latter included in financing cash flows.

Recent company example from Glencore: The use of Confirming

Consider the following case excerpted from the Glencore annual report for 2018 which highlights the way such arrangements can be difficult for the analyst to untangle.

Transactions for the purchase of commodities may contain a financing element such as extended payment terms. Under such an arrangement, a financial institution may issue a letter of credit on behalf of Glencore and act as the paying party upon delivery of product by the supplier and Glencore will subsequently settle the liability directly with the financial institution, generally from 30 up to 90 days after physical supply. Judgement is required to determine the most appropriate classification and presentation of these transactions within the statements of cash flows and financial position. In determining the appropriate classification, management considers the underlying economic substance of the transaction and the significance of the financing element to the transaction. Typically, the economic substance of the transaction is determined to be operating in nature as the financing element is insignificant and the time frame in which the original arrangement is extended by, is consistent and within supply terms commonly provided in the market. As a result, the entire cash flow is presented as operating in the statement of cash flow with a corresponding trade payable in the statement of financial position. As at 31 December 2018, trade payables include $5,152 million (2017: $6,673 million) of such liabilities arising from supplier financing arrangements, the weighted average of which have extended the settlement of the original payable to 59 days (2017: 80 days) after physical supply and are due for settlement 29 days (2017: 42 days) after year end.

In our opinion, bad reverse factoring and confirming are economically similar. Therefore, in our comment letter to the International Accounting Standards Board, we have advocated for an “outstanding number of days” disclosure for suppliers. This disclosure will be based on contractual terms and will inform users in a timely manner about the presence of bad reverse factoring which will continue to be included in operating cashflows but it would help analysts to classify a portion as debt based on their internal methodologies.

The above disclosure will also provide transparency to confirming arrangements, both qualitatively and quantitatively. However, we will continue to advocate for an accounting clarification to require creditor balance movements in operating and bank balance movements to be included in financing cashflows sections, respectively. 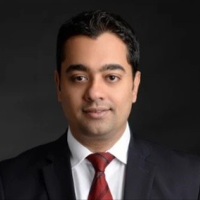 Kazim Razvi was a director of Financial Reporting Policy at CFA Institute. He was responsible for representing the interests of CFA Institute on financial reporting and on wider corporate reporting developments to major accounting standard setting bodies, enhanced reporting initiatives, and key stakeholders. Prior to joining CFA Institute, Kazim was a global head of Accounting Research & Policy at Fitch Ratings. Kazim also worked as a technical accounting advisor to Moody’s and helped set up a technical department for Augentius Private Equity Funds Administration. Kazim qualified as a chartered accountant with Ernst & Young, working in its banking and capital markets division.