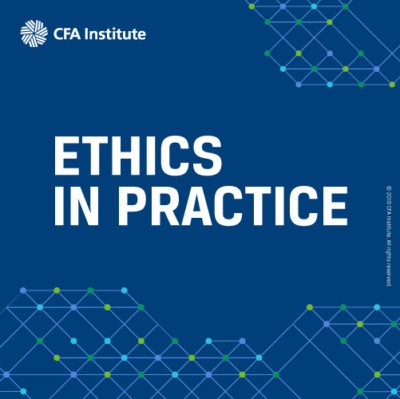 Check the analysis of this week’s case (16 September) to see if you made the right choice.

Archer is an investment adviser who began his career as a portfolio manager at SR Wealth Management (SRWM). One of his accounts at SRWM was the joint investment account of a young couple. When Archer leaves SRWM to join YC Capital, a competitor, the couple’s account is assigned to another adviser at SRWM. Two years after leaving SRWM, Archer bumps into Lucy, the wife of the couple who was his former client, at a social event. She tells Archer that she and her husband are separated and in the process of divorcing. She also shares that she has been unhappy with the new adviser SRWM assigned to manage the couple’s joint account after Archer left because it has performed poorly, and the fees seem to have increased substantially.

Archer offers to look over the couple’s SRWM account information and statements to see whether there is a problem. He is shocked to see that the investments are not in line with the information in the couple’s Investment Policy Statement, and that there seems to be a high level of turnover in the account. Archer asks Lucy to dinner and shares his thoughts about the issues he has found with couple’s account. After that, Archer and Lucy begin dating. Shortly after beginning the relationship with Archer, Lucy withdraws the bulk of the assets from her and her estranged husband’s SRWM account and opens a personal account at Archer’s new firm, YC Capital, with Archer as the portfolio manager. Archer does not disclose to his employer that he and Lucy are in a relationship. Archer’s actions are

This case relates to disclosure of conflicts of interest. CFA Institute Standard VI(A): Disclosure of Conflicts requires CFA Institute members to make full and fair disclosure of all matters that could reasonably be expected to interfere with their duties to clients or employers. In this case, Archer’s personal relationship with his client is a potential conflict that should be disclosed to his employer because he may have an incentive to neglect other advisory clients in favor of Lucy’s account as a way to enhance their relationship.

Archer is not violating confidentiality or any duty to his former employer by examining the investment records of his former client because the client provided those records to him; he did not access them inappropriately. He does not have a duty of loyalty to Lucy’s husband, a former client, because he is no longer his investment adviser. Presumably, Archer understands that Lucy is using joint marital assets to open a personal account, without the consent of her current husband. If Archer knows that Lucy is acting in contravention of the law or a court order or is perpetrating a fraud against her husband in using those assets to open the account, Archer would also be violating Standard I(D): Professional Misconduct, which prohibits members from engaging in any professional conduct involving dishonesty, fraud, or deceit. Without further information indicating any fraud, deceit, or dishonesty, choice C is the best response.

This case is based on facts provided by Tanuj Khosla, CFA, CAIA.

10 thoughts on “Ethics in Practice: Investment Account Relationships. Case and Analysis–Week of 16 September”