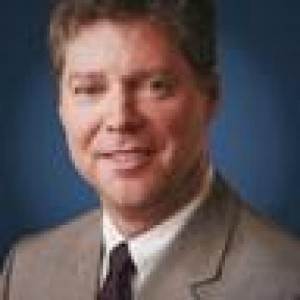 This report highlights the activities of the CFA Institute Capital Markets Policy Group located in the Washington, DC, and Charlottesville, VA, offices of the America’s division.

A Curious Thing Happened on the Way to Implementing Regulation Best Interest
By Jim Allen, CFA

Déjà vu all over again: DOL issues guidance on ESG integration in the investment process
By Jim Allen, CFA

In a nutshell, the new rule says fiduciaries cannot sacrifice returns to achieve some other objective, such as societal considerations or other nonfinancial concerns.

In recent weeks the Securities and Exchange Commission (SEC) has proposed regulations that in our view will undermine financial analyst independence. As an organization with long-standing leadership on analyst ethics and need for professional independence, we, CFA… READ MORE ›

The SEC's attempts to finally address the issue of broker advice were a decidedly mixed bag.

The North American Securities Administrators Association (NASAA) has published a survey for investment adviser representatives (IARs) to collect opinions on the implementation of a continuing education program.

Although an appeals court ruling vacated the DOL's fiduciary duty rule, the debate is far from over.

Current proxy rules work against shareowners who are trying to vote in alternative and independent board members, but it is shortsighted of firms to ignore owners’ interests.

Changes in Financial Regulation in the Time of Trump: Financial Choice Act
By Jim Allen, CFA

Merrill Lynch disregards existing regulations and puts its customers at risk in the pursuit of short-term gains. SEC fines them $425 million.

Genesis of DOL’s Fiduciary Rule and Why the Political Battle Wages On
By Jim Allen, CFA

Will lawsuits delay implementation of DOL’s fiduciary rule to address conflicts of interest in retirement advice? Why is rule still so politically charged? What hard choices face investors, lawmakers?

The report on the DOL’s fiduciary rule predicts three market trends will emerge. The rise of robo-advisers is one of them. What are the other two, and who will be the winners and losers of the rule?

The group is worried about investment fund costs, said CFA Institute managing director Kurt Schacht, CFA. Our study shows even a 1% annual fee can consume over 30% of investors’ returns over 40 years.

The US Labor Department has released its final fiduciary rules for retirement advice. While the rules steadfastly maintain their requirement for a best-interests contract for most arrangements between investors and nonfiduciary advisers, the federal agency relented on a number of troublesome implementation matters.