In Aftermath of QE3 and Fed’s Easy Money Policies, It’s Savers Who Suffer

Bloomberg columnist Ramesh Ponnuru gives readers nine reasons why the latest quantitative easing is needed to pull the moribund US economy out of its current malaise. In sum, he argues that the Fed needs to end the tight money policy it has pursued since 2008 in order for the economy to get back on its feet. His argument calls to mind theories about life in parallel universes.

I am not economist, but neither is Ponnuru, according to his Bloomberg bio, so it seems that our disconnect is primarily definitional. He believes that what has been going on over the past five years — three rounds of quantitative easing, together with Operation Twist — can be defined as tight money policies.

I, on the other hand, see charts like the one below, from the St. Louis Fed’s Economic Research page, and come to a different conclusion. Maybe I’m looking at this from the wrong angle, but that vertical line on the right side of this chart seems to suggest a rather steep increase in the monetary base since around 2009.

Indeed, looking at the numbers behind the chart, one finds that the monetary base has grown at a compound annual rate of 22.3% since the beginning of 2007. That hardly qualifies in my book as tight money.

Such matters are not trivial because, as Ponnuru points out — and on this we agree — QE3 will likely lead to higher interest rates. Ignoring the question of why, the real problem is that between now and then savers are getting and will continue to get hammered. They’ll probably get hammered when they start rising, too, but that’s a topic for another day.

It’s counterintuitive to argue for higher interest rates in the middle of what is officially a recovery. In normal times, rising interest rates would reduce economic activity rather than bolster it. But these aren’t normal times, and the usual tricks haven’t produced much in the way of growth for five years. It seems that respondents to a recent CFA Institute Financial NewsBrief poll are at least open to the possibility that an increase in rates might help more than hurt, with 44.79% of respondents favoring an increase. No doubt they aren’t talking about a return of double-digit money market rates, but enough to actually register as decent returns on investment.

Retirees are one group that might benefit from such a policy change. They currently make very little, if anything, on the savings they have invested in fixed-income and shorter-term instruments on the wise counsel of their investment advisers. They need income and greater certainty of repayment in retirement, they’ve been told, and this is the traditional way of achieving those investment goals. Given the low rates of recent years, however, this strategy hasn’t worked very well. Many have had to return to work, or continue working past normal retirement to help make ends meet.

Under these circumstances, it is not inconceivable that some retirees — hopefully not many, but I know a few personally — will seek to augment the meager earnings from their bonds, CDs, and other “safe” investments by taking a flyer on a stock or two. If you aren’t earning anything on your age-appropriate investment portfolio, the thinking goes, it might be worth taking a chance on a start-up, even if you don’t get the protections or information you normally expect to receive from issuers. This is part of the reason CFA Institute has complained regularly for a year about Washington’s willingness to discard a number of important disclosures and investor protections in the JOBS Act.

These circumstances also raise important questions about who benefits under these low-interest rate policies. Ponnuru contends that the Fed is merely trying to boost spending, whether on consumption or investment. Perhaps, but it seems that the real goal for the Fed is to keep interest rates low for borrowers. But what borrowers does the Fed have in mind?

Most consumers who are able to refinance their home mortgages already have endured that particular agony in the new, post–Dodd-Frank environment. Companies, though reticent, have had plenty of opportunities to raise or refinance debt at the lowest rates available in more than 40 years. Small businesses, too, are reluctant to borrow, even if they might wish to expand, due to policy uncertainties.

That leaves government borrowers as the primary beneficiaries of this cycle of endlessly low interest rates. Governments, from the federal level on down to the municipal level, have shown a voracious appetite for debt over the past five years — the federal government alone added more than $5 trillion to its already bloated debt schedule in the past four years.

In part, governments have been able to rationalize the new debt as needed to replace falling tax receipts and to help a growing unemployed segment of the population cope with the economic downturn. But some, like the federal government and states like California, Illinois, and New York, to name the worst offenders, were borrowing huge sums and spending beyond their means long before the current crisis.

So far, the above-mentioned governments haven’t faced the kind of accountability that their counterparts in Greece, Spain, Portugal, and Ireland have. It hasn’t hurt that they’ve been borrowing at next to nothing. But so did the European Four before it all came crashing down for them a couple of years ago. And the slightest rise in rates here in the US could devastate federal, state, and municipal budgets nationwide. All of which goes a long way to explaining the Fed’s brute determination to keep interest rates miniscule.

So what we have, then, is the ugly prospect of the Federal Reserve devastating the retirement years of millions of Americans so that politicians might continue to spend. Talk about parallel universes. 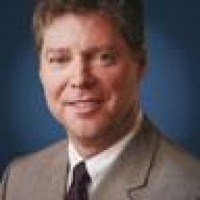 2 thoughts on “In Aftermath of QE3 and Fed’s Easy Money Policies, It’s Savers Who Suffer”