Daily calls for resolving the ongoing sovereign debt crises plaguing the global economy make clear that they’re not over yet, but a continuation of the sovereign debt crises of countries with large and rising trade deficits is not necessarily a fait accompli. Mitigation of the impact of these trade imbalances requires more than aggressive monetary policy alone.1 A credible commitment by both governments and citizens to rein them in is also needed. Attempting to muddle through absent such a firm fiscal plan will only undermine the economic recovery.

The current global economic slowdown is clearly a structural one, and structural transitions are rarely smooth and painless. Consider, as shown in Figure 1, the glaring global dysfunction of the United States, the United Kingdom, Australia, and Spain (among others, including Portugal and Greece) running current account deficits since the mid-1980s, each with cumulative trade deficits now exceeding 30% of GDP. Because a country’s excess spending over income must, by definition, be sustained by sales of foreign assets or loans from other countries, these deficits translate into surplus countries — predominantly Switzerland, Japan, China, and Germany — holding more than $8 trillion in cumulative claims against deficit countries.2

A country with a current account deficit is a net consumer that is becoming increasingly indebted. Its spending and investment are more than its production. This outcome can occur only if other countries are lending their savings to it or if the country is running down its capital account assets.3 But a country that is running a current account surplus is accumulating wealth and staking claims on foreign assets.

Until recently, global trading partners used what might be called a “naive consenting adults” approach to managing the enormous flow of funds between countries, whereby surplus countries accommodated the ongoing borrowing needs of deficit countries, largely without disruption — the borrower country (e.g., Spain) buys goods and financing from the lender country (e.g., Switzerland). This relationship offers strong win-win potential between the borrower and lender nations. However, as we have seen in recent years, such an approach is vulnerable to a sudden stop in financial markets whereby short-term debt financing for the deficit country is not rolled over promptly enough to maintain fluidity in markets and economies. The result is a financial liquidity crisis.

It doesn’t have to be so painful. The win-win relationship can be restored. Surplus countries can continue to lend freely to deficit countries but only if the latter take the necessary steps to become internationally competitive, including reducing current account deficits. Lender countries will lend only if they believe they are not throwing money down a bottomless pit. Even though this approach may well involve a challenging leap to a new paradigm — from naiveté to informed adulthood — a credible deleveraging plan is a necessary condition for a sustainable recovery. A strategy of naive hope combined with monetary policy alone is simply not enough in an environment of rapidly rising credit needs, especially for a global economy that is so dependent on trade. Economic sustainability means nations working to ensure their international competitiveness.

Like banks, a country with a rising short-term debt position vis-à-vis foreign lenders is vulnerable to a catastrophic run if liquid securities are insufficient to pay off lenders. Consider Greece in 2010, Iceland in 2008, Mexico in 1994, and Chile in 1981. Concerns about such runs, of course, have featured prominently in the ongoing European economic instability because investors fear that the deterioration of one country’s trade balance will spill over into the global financial superstructure.

These examples, however, do not necessarily establish a causal link between trade imbalances and currency crises. There are cases in which even large current account deficits have not led to crises. The most compelling means to an orderly reversal is for both the government and the citizens of every large net debtor nation to take steps to put into place a credible and resilient plan for repaying debt. So, deficit countries can shrink their spending patterns in line with their declining wealth and surplus countries can continue to lend. Consider Ireland, a nation that has made firm commitments to repay lenders and recapitalize its banking system. Unfortunately, by declaring the euro irreversible, European policymakers have effectively undermined efforts to require those reform measures so badly needed in some countries. This result has had the effect of further hampering global economic growth and dragging down other nations.

As we all know, we didn’t arrive at these massive global trade imbalances overnight, and the resolution will likewise take time. But continuing to merely muddle through will serve only to hamper recovery further. Note how attempts at monetary policy have proven a rather blunt tool for resolving financial instability and unsustainable global fiscal imbalances. Even worse, some countries have denied the magnitude of the situation by following a status quo fiscal policy.

Current account balances do matter. They must be accounted for because they hold macroeconomic implications both at home and abroad. But imbalances need not be threatening to either the international or the national economy. Containing the damage of the inexorable rebalancing of current large trade deficits requires global cooperation in devising a credible fiscal plan to reduce deficits in an orderly fashion. Alternative solutions alone (e.g., stepping harder on the monetary accelerator) will continue to prove insufficient. Informed, adult resolve is needed to avoid another wave of severely troubled countries.

1. There is an abundant literature on the impotence of a stand-alone monetary policy absent a coordinated fiscal policy. See, for instance, “Some Unpleasant Monetarist Arithmetic,” “The Role of Monetary Policy,” and “Statistical Modeling of Monetary Policy and Its Effects.”

2. A country’s trade balance of payments represents the sum of all financial transactions between that country and the rest of the world. The balance of payments comprises a current account and a capital account. The current account reflects the difference between its national exports and imports, whereas the capital, or financial, account reflects the change in national ownership of assets. The current account, usually much larger than the capital account, is my focus here.

Thanks to Jerry Tempelman and Xi Li for constructive dialogue and comments. Abby Farson Pratt provided analytical support for this article. 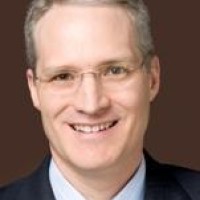