Will Argentina Default? It Hangs On a Judge in New York City

Editor’s Note: The complicated story of Argentina’s national debt has some of the character of a spy novel. There is a secretive hedge fund, political unrest, and a court ruling that could cause a default. What’s really working here? We are pleased to have a charterholder reporting from inside Argentina.

To understand why a judge in New York has to force Argentina to pay its sovereign obligations, we need to go back to 2002, when Argentina defaulted on its debt.

The remaining creditors (the “holdouts”), who deemed the terms of the swaps unacceptable decided to take their case to a U.S. district court, officiated by Thomas Griesa, the US district judge for the southern district of New York.

On 22 November 2012, Judge Griesa ruled that Argentina had to pay those creditors who had decided not to enter into the debt restructuring agreements back in 2005 and 2010. A total of US$1.33 billion would be deposited in an escrow account, to be used to pay the holdouts. In addition, the court ordered Argentina to block payments to those creditors who had entered into the debt swaps. Now a decade after Argentina initially defaulted on its sovereign debt, Judge Griesa has imposed a tight deadline for the country to fulfill its payments—15 December 2012, or 15D, is the chosen date.

Many newspaper articles have tried to analyze what may happen after the 15D deadline. The opinions are diverse and the possible outcomes even more so. However, there is one term mentioned in all these articles: technical default. If Argentina opts not to deposit the US$1.33 billion, the creditors can accelerate the expiration of the bonds which would in turn result in a technical default.

If such a default occurs, investment funds that follow guidelines about investing only in securities of a certain quality (or credit rating) will be forced to liquidate their Argentinian debt assets, because the investment characteristics of these bonds would no longer meet such guidelines.

Additionally, but certainly no less important, the default of its sovereign debt would deny Argentina access to international capital markets, making it difficult for many companies to raise money and expand. For example, YPF, the recently nationalized oil company, would have to forget about its recently announced exploratory investment program.

Another outcome of the default is its effect on the credit default swaps (CDS). The event could trigger payments of about US$2 billion to those who bought the insurance. Again, this result would not happen automatically. For it to take place, the International Swaps and Derivatives Association, which governs the actions of participants in the CDS market, would need to make a ruling with respect to this issue.

These events and their potential negative consequences, shook up the financial markets, especially the bond market. Bonds denominated in US dollars dropped more than 13% in the days after the ruling. In addition, the instruments linked to GDP growth (GDP warrants), which creditors received in exchange for the defaulted debt, plunged almost 20% 1. These securities were influenced the most because their coupon payment is due on 15 December 2012.

The days immediately following Judge Griesa’s ruling on 22 November were full of speeches from various Argentinian cabinet officers. For example, Hernan Lorenzino, Argentina’s minister of the economy, said that Argentina would exhaust all judicial channels and might take the holdouts’ case to the US Supreme Court. The first action Argentina took was to appeal the ruling. Luckily, it was not necessary to do anything else right away because a new chapter in this fatidic week was about to be written.

On 28 November, the United States Court of Appeals for the Second Circuit granted a halt to the ruling issued by Judge Griesa. In its ruling, the appeals court established a new procedure to work through issues stemming from the creditors who opted out of the debt swaps. Both parties will meet on 27 February 2013 to hammer out an agreement. This result has forced Argentina’s government to change its strategy regarding the creditors who did not enter into the debt swaps. Specifically, rumors about continued debt restructuring have appeared in newspapers.

Source: Data extracted from the ruling of the United States Court of Appeals for the Second Circuit published on 28 November 2012.

The resolution of Argentina’s defaulted debt remains uncertain, and new information may appear after all the papers are filed. Meanwhile, the markets have reacted bullishly: US dollar–denominated bonds jumped 11% and GDP growth–linked instruments increased almost 22% the day after the appellate court’s ruling.

1. The percentage change of 13% is for the period from 21 November (the day before the ruling by Judge Griesa) to 28 November. The pertinent instrument is the bond called “Global 2017,” which is denominated in U.S. dollars and matures in 2017. The price change drop of 20% is for the security called “GDP growth–linked notes” (or GDP warrants) and for the same period (21–28 November). 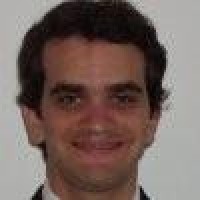 Santiago Padua, CFA, serves as COO at Draper Cygnus, a venture capital fund based in Buenos Aires. Before joining Draper Cygnus, he worked as an investment analyst at Grupo Pegasus, a private equity and real estate investment fund; as a senior consultant at Ernst & Young; and as a senior research analyst at Crisil Global Research and Analytics, formerly Crisil Irevna Argentina S.A., all based in Buenos Aires. Padua earned his CFA charter in 2012 and finished his undergraduate studies at Universidad Nacional de Cuyo in Mendoza, Argentina.

2 thoughts on “Will Argentina Default? It Hangs On a Judge in New York City”