Consensus wisdom seems to be that rising interest rates are bad for stock prices.

The Wall Street Journal’s Abreast of the Market column from 8 July 2013 began with a warning for investors:

“After Friday’s stronger-than-expected U.S. jobs report, investors are more convinced than ever that the Federal Reserve’s bond-buying program will be scaled back as soon as September. If that happens, the stock market will lose fuel that helped power the Dow Jones Industrial Average to a new high in May.”

The concern that interest rates will move higher seems well founded. On 19 June 2013, Federal Reserve Chairman Ben Bernanke laid out a possible road map for “tapering,” or reducing, and then ending the Fed’s bond-buying program. The Fed has been buying Treasury bonds and mortgage-backed securities at a pace of $85 billion a month since the start of 2013, aiming to keep bond yields low to stimulate consumer spending and business investments. If the Fed stops its purchases, it seems reasonable to expect lower bond prices and higher interest rates. When bond prices fall, interest rates rise.

After declining for three decades, interest rates may have hit bottom on 1 May 2013 when the yield on 10-year Treasury bonds fell to 1.66%. By 5 July, the rate had jumped by more than 1% to 2.73%. Mortgage rates have also climbed.

Some professional bond investors, such as Hoisington Investments, are making the case that rates will decline from current levels. Their arguments generally focus on a continued weak economy and the Fed’s failure to accomplish its goal of increasing inflation to 2%. However, betting against the Fed and the economy has been expensive over the past several years.

In his book Trading with Intermarket Analysis, analyst John J. Murphy described the 1946–59 bull market when stock prices rose for 17 years while interest rates more than doubled. As Murphy explains, there were similarities in the Fed’s strategies between then and now:

“The Fed’s current policy of keeping bond yields from rising is also preventing bond prices from falling. The last time the Fed tried that strategy was during the 1940s. The Fed started buying Treasuries in 1942 to prevent wartime inflation from pushing yields higher and to pay wartime debt with cheaper money.”

Despite rising interest rates, stock prices rose until 1969, interspersed with cyclical bear markets along the way. By that time, 10-year Treasury bond interest rates had climbed to over 7% — quite a long way from today’s low yields.

I don’t expect a repeat performance of the 1950s and 1960s by the stock market today. But investors might be well advised to consider the possibility that the current bull market may have considerably farther to run. There is a growing list of positive trends that could keep the stock market buoyant:

Some pundits argue that the longer-term economic outlook is clouded by high debt levels and poor demographic trends. However, this argument ignores substantial technological developments could have material, long-term positive implications for productivity and the economy.

An April 2012 article in the Economist, “The Third Industrial Revolution,” suggests that new digital technologies are finally bearing fruit in ways that promise to reshape economies as radically as Britain’s mechanization of the textile industry in the late 18th century and development of the assembly line in the early 20th century.

Bestselling author and Wired magazine editor Chris Anderson published Makers: The New Industrial Revolution in October 2012, which elaborates on these trends. The potential for new technologies to allow for customized consumer products is not a new idea. More surprisingly, Anderson describes how digital technologies are enabling small entrepreneurs to create new and innovative products that can compete with many mass-made products on price. For example, laser cutters can produce product parts with precision if the right software is coded in to the machine. 3D printing, which is becoming increasingly cheaper, better, and faster, allows products to be built out of fused plastic remotely.

Another example of an unexpected benefit from the information revolution is crowdfunding, which is a method for gathering money from the public. Crowdfunding circumvents traditional avenues of investment. Individuals network and pool their money, usually via the internet, to support efforts initiated by other people or organizations. The best-known crowdfunding platform is Kickstarter. Since Kickstarter was launched in 2009, more than 4.5 million people have pledged over $716 million, funding more than 45,000 creative projects. Sites like Kickstarter don’t allow investors to reap financial rewards for contributing to projects. Such activities would be considered selling unregistered securities. However, investors can often receive a product or service in lieu of a cash return.

Investors bounded by historical paradigms might be missing a sound reason for stock prices to continue higher. Recent innovations have the potential to reap substantial long term benefits for the economy by making it easier for inventors to create new products than ever before.

Interest rates may rise from current levels. If interest rates increase far enough, the bull market in bonds would be over by definition. However, the same is not necessarily true for stocks when interest rates begin to rise from such low levels.

There will always be well-reasoned arguments for stock prices to fall. But by many measures, stock prices are still reasonably priced, the economy has healed significantly from the 2008 collapse, and the stock market is still in an upward trend.

Investors may want to keep in mind that a diversified portfolio of common stocks has been one of the best long-term ways to participate in economic growth and build and protect wealth — even through periods of rising interest rates. 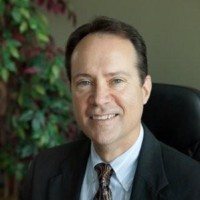 Malcolm M. Trevillian is the founder of Chatham Advisors, which provides private wealth management to high-net-worth investors. He is also a member of the investment committee at Verity Asset Management, an investment firm specializing in serving the higher education and non-profit communities. He has 30 years of experience managing portfolios for individuals and institutions. Trevillian holds the Chartered Market Technician and Certified Financial Planner designations. He also served on the CFA Institute Board of Governors and as president of CFA North Carolina. He has also served as an adjunct professor at Duke University.

1 thought on “Stocks, Bonds, and the Fed’s Taper Talk”