A Scandal That Should Shock Nobody

Recently, I was struck by some of the commentary on Seeking Alpha surrounding American Realty Capital Properties (ARCP).Their chairman is Nick Schorsch, who is also chairman of American Realty Capital which is built around the origination and distribution of non-traded Real Estate Investment Trusts (REITs). While conventional, publicly traded REITS have their place in an investor’s portfolio, the non-traded variety represent a far more dubious sector.

In February, I wrote about a non-traded REIT not managed by ARCP, Inland American Real Estate Trust. Like many others, it’s a great investment for brokers, but far worse for their hapless clients. It includes such features as 15% of your investment as fees up front, additional fees for buying and managing properties, incentive fees, and myriad conflicts of interest, in addition to which you can’t sell it because it’s not publicly listed. Forgoing a public listing is sensible if you’d rather not invite the attention of sell-side research analysts to the egregious fees you charge buyers of your product. No public listing means no trading, so no commissions and not much point in writing about it if you work for a sell-side research firm.

This is, of course, all disclosed and, therefore, quite legal. American Realty Capital is the largest manager of non-traded REITs, with a portfolio of $30 billion in assets. But the growth of the industry speaks more to the power of high fees to induce some brokers whose clients’ interests lie substantially below their own to push such products. It’s hard to conceive how anybody associated with an investment that starts out by pocketing 15% of your money could, in good conscience, claim to be helping you grow your savings.

So now we turn to the recent news on ARCP, which is that it is being investigated by the SEC for knowingly misstating its financials. Two employees have resigned because they apparently concealed the misstatement. Their bonuses were set to be higher with the higher figures.

The stock has fallen 40% since the disclosure, as the company has announced that 2013 financial statements previously issued could no longer be relied upon. Some investors wonder publicly whether to hold or sell, seeking to balance what they perceive as the good versus what is reported to be the bad in their comments.

And yet, ARCP is headed by someone who has built a business by selling  securities through ethically-challenged, fee-hungry intermediaries with little regard for the reasonableness of the resulting economics for their clients. ARCP is not American Realty Capital (their confusingly similar names initially confused me as well) but if a company’s tone is set at the top,  ARCP is run by someone who clearly cares more about fee generation that the interests of his clients.

It Must Be Part of the Culture

It reminds me of Bernie Madoff. Many of his investors believed that his persistently attractive and steady investment returns were derived from the ability of his hedge fund to front run the orders of its brokerage clients. Harry Markopolos reports that this was so in his terrific book on Madoff’s scam, No One Would Listen. As hedge fund investors, they thought they were the passive beneficiaries of such illegal behavior.

They believed they incurred no risk and probably expected that if the front-running behavior was detected, the authorities would simply punish Bernie Madoff but not his investors. They were perfectly fine investing with someone who they knew to be dishonest, reasoning that the dishonesty was directed at unwitting others and that their crooked investment manager was honest with them. Such tortured logic delivered its own type of just reward when the truth revealed no such profitable front-running activity at all, delivering large losses to the gullible.

The analogy of ARCP with Bernie Madoff is not perfect, but the non-traded REIT business is not an area that reflects well on the people who traffic in them.  It’s not a nice business. ARCP investors should look carefully at the people with whom they’re invested.

Non-traded REITs are quite rightly coming under increasingly negative scrutiny. the Financial Industry Regulatory Authority (FINRA) even has an investor alert on its website warning investors about some of the unattractive features of these instruments. It’s not a bad idea to be aware of instruments for which FINRA has issued such alerts so that if your broker recommends one, you can ask some good questions. But in addition, if you’re invested in the equity of a company (such as ARCP) whose products are deemed worthy of a FINRA alert, don’t be surprised if you receive the same type of shoddy treatment FINRA is warning about. 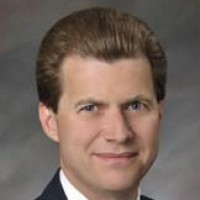 Simon Lack, CFA, is founder of SL Advisors, LLC. Previously, he worked at JPMorgan, where he sat on the investment committee and founded the JPMorgan Incubator Funds, two private equity vehicles that took economic stakes in emerging hedge fund managers. Lack is the author of The Hedge Fund Mirage: The Illusion of Big Money and Why It’s Too Good to Be True and Bonds Are Not Forever: The Crisis Facing Fixed Income Investors. He serves as vice chair of the Market Integrity Committee of the New York Society of Security Analysts.

3 thoughts on “A Scandal That Should Shock Nobody”