Why Central Bank Losses Matter: The Case of the Hypothetical Wallpaper Bonds

When a central bank loses money, no one gets hurt.

That is the emerging consensus among an influential group of economists and market analysts. (For more on this argument, see Karl Whelan or Paul De Grauwe.) This sentiment has given the European Central Bank (ECB) a green light on purchasing risk assets. If that light turns to yellow or red as losses occur, it could halt those purchases and roil markets.

Unfortunately, the “harmless loss” argument is wrong. To see why, it helps to transport the argument away from macroeconomics. After all, at issue is a portfolio experiencing losses on securities. This is the province of finance. We can find safer ground there: we can apply to a central bank the same tools we use to analyze a company — in this case, a hypothetical company.

Imagine we are sometime in the distant future. A company has suffered years of declining earnings, and the dividend is at risk. Then, through a stroke of luck, people come to covet the company’s bonds as wallpaper material. So strong is the demand that the company offers no interest and can still sell the wallpaper bonds at face value. Moreover, because the bonds will be permanently pasted on walls, they will never be presented for repayment.

At first, the company recognizes it has a license to print money. It need only issue the costless bonds in exchange for interest-earning T-bills. The profit from this riskless trade is enough to restore a healthy dividend.

Then company management thinks, “Why not go further?” They dump the T-bills and buy higher-yielding Greek sovereign bonds instead. Analysts hike their EPS estimates. Up goes the CEO’s picture on a dozen magazine covers.

Then, shortly after, Greece defaults. The company’s bond holdings are suddenly worthless.

There’s a rub, though. Finance won’t let the harmless loss crowd get away with it quite so easily.

Shareholders own the claim on the company’s earnings. They expected the company to issue wallpaper bonds for riskless T-bills. The positive present value of that profit stream already belonged to them — call it PVo. The company chose to buy a risk asset instead. That risk asset then became worthless, and the profit from the portfolio became zero — call the present value of that profit stream (or lack thereof) PV1. In basic terms:

It’s hard to argue with that inequality. The shareholder is worse off. The loss is, after all, harmful. The company gets a new CEO and returns to buying safe T-bills with the wallpaper bond proceeds.

The company’s wallpaper bonds, of course, are a direct analog to central bank liabilities, technically called “reserves”: Central banks issue them at par, they need pay no interest, and they will never be repaid. People are willing to pay par for zero-interest reserves because they are useful, not as home decor but as a means of payment.

The analogy helps us pinpoint what “harmless loss” misses: someone already owns the original positive stream of earnings from a central bank issuing reserves and buying T-bills.

That’s right. Central banks have shareholders. Like the hypothetical company, central banks distribute profits as dividends. In their case, the dividends are called “remittances,” and they pay them out to their respective governments. The government effectively has a claim on the profits. Who is “the government”? The agent of the ultimate owner of the profit stream: the taxpayer.

So the taxpayer owns PVo, the present value of the stream of riskless profits from reserve issuance. We call this stream “seigniorage.” When a central bank buys a Greek bond and it defaults, the taxpayers now own something else — PV1. In basic terms:

Why We Should Care

The loss is, after all, harmful to taxpayers. The Machiavellian question is whether that matters. If the taxpayers don’t notice, then the central bank can continue to buy risk assets with abandon. For all intents, the taxpayer loss would be irrelevant to policy.

The “present value of seigniorage” is, indeed, an opaque concept to most taxpayers. They have something besides finance, though, to help them make sense of complexity: intuition. The intuition of many voters is currently signaling that they are concerned over central bank intervention. The evidence is that, since the 2008 crisis, populist political parties have emerged in part by feeding this concern: the Tea Party in the United States, Syriza in Greece, Podemos in Spain, Italy’s Five Star, and Germany’s AfD are just a few examples. In the hands of political parties, arcane economic arguments take wing as slogans. Central banks are nominally independent of politics, but only insofar as they operate within prescribed norms and laws. When they test those boundaries, they run the risk of having their independence hemmed in.

So there is a channel — populist political parties — for taxpayer discontent to shift the risk asset purchase stoplight from green to yellow. This might happen just as risk asset defaults create the need for more central bank support, not less. Imagine, for instance, if the US Federal Reserve had owned Lehman Brothers bonds in size prior to the 2008 panic. It is not a stretch to think that the default losses might have tied the Fed’s hands. The central bank need not be absent from asset purchases, just cautious. Even the perception of a reticent lender of last resort might be enough to spark a future panic.

The aim of this post is to prove the harmless loss argument wrong. Those who agree with me should explore what a large loss would mean to the economy, their portfolios, and the political landscape. The politics of losses, in the end, is key. I will return to this subject in more detail in a future post. 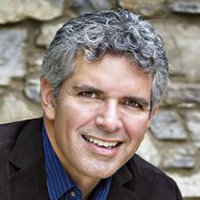 Diego Espinosa runs Sistema Research, a consulting firm that applies a complex systems approach to strategic uncertainty. He also teaches security analysis at the University of San Diego, and he authored a chapter for a book on the US Federal Reserve’s role in the 2008 crisis. Espinosa formerly managed a hedge fund, was a portfolio manager of a global equity fund at Scudder, ran European research for Sanford Bernstein, and was a top-ranked analyst at Morgan Stanley. He started his career at the Boston Consulting Group. Espinosa holds an MBA from the Wharton School at the University of Pennsylvania.

4 thoughts on “Why Central Bank Losses Matter: The Case of the Hypothetical Wallpaper Bonds”