Are Low Interest Rates Driven by the Fed or by Fear?

In the current environment of low real interest rates, investors are being forced to reach for yield. These investors are not happy, and many are looking to the US Federal Reserve to raise interest rates because Fed policy has pushed rates below their “fair” market value.

Of course, the underlying assumption behind these comments is that the Fed has actually done that.

New research suggests this assumption may be wrong. Perhaps the low interest rate regime actually has less to do with the Fed and more to do with basic economic principles. Economics 101 teaches us that when we don’t know if economic growth will be high or low — that the future is uncertain — we should save more. That savings glut drives interest rates to a lower level.

This theory was tested in a recent research paper by University of Chicago finance professor Samuel Hartzmark. Examining data on the United States, Hartzmark indicated that a one standard deviation increase in investor uncertainty for future growth is associated with a decrease in the interest rate of around 2%.

This 2% number suggests that, if we are in a time with an interest rate of 3% and the world becomes one standard deviation more uncertain, we should expect the new real interest rate to move to 1%. This pattern is surprisingly robust. Hartzmark finds similar results both when conducting his tests on foreign markets and when he extends his US sample period back to 1871.

The lessons from these results are interesting: Where the economy is going is not as important for interest rates as uncertainty about the economy’s future. For example, investors facing a known 1% economic growth situation aren’t happy. But they also aren’t afraid. An investor facing an expected 1% growth rate that could end up being -5% or plus 5%, however, is paralyzed with fear. We now know that fear has a large influence on decision making.

So the next time you hear a pundit or an investor complain that the Fed is keeping rates too low, consider the evidence that suggests rates are low because nobody really has a grasp on which direction future growth may go. And while it is true that the Fed clearly wields some influence on rates, its ability to manipulate the rate away from where economic fundamentals suggest it should be is somewhat limited.

Evidence that the Fed has little control over rates has already been documented by Nobel Prize-winning economist Eugene Fama. Hartzmark’s work simply takes the argument one step further, demonstrating that investor psychology likely explains why current rates are so low. Thus, investors desperate for higher interest rates should not be looking to the Fed for salvation; rather, they should be hoping that perceptions of future economic growth become more stable and sure. 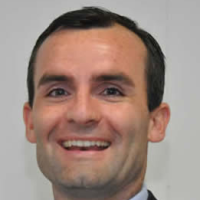 6 thoughts on “Are Low Interest Rates Driven by the Fed or by Fear?”