The Golden Age of Hedge Funds

A number of years ago, Ray Dalio of Bridgewater Associates was asked how many hedge funds are worth investing in. That quote was his response.

And Dalio should know. One of the all-time great hedge funds, Bridgewater manages around $150 billion for many of the largest institutional investors in the world.

“Hedge funds are struggling to meet their promise to clients to consistently produce high returns with low correlation to the markets. It’s kind of: ‘I promise you a Rolls Royce and I give you a Honda.’”

It’s telling that some of the biggest and most successful hedge fund managers in the business are questioning their peers.

The problem is that a large number of investors are having a difficult time allocating their assets. Why? Because US interest rates are far below average while US stock market valuations are far above average. So investors turn to hedge funds in their search for an option somewhere between stocks and bonds that will help them to achieve their goals and hit their return targets.

The question is: How many of the thousands of hedge funds out there are actually worth investing in?

Let’s take a look at the historical track record of the industry to see how the popularity of this fund structure has affected performance. The chart below shows the returns for the HFRX Global Hedge Fund Index from its inception in the late 1990s compared to US stocks, US bonds, foreign stocks, and a simple 60/40 portfolio over three different time frames.

Since 1998, returns have been fairly similar across each asset class or strategy.

Considering the elevated stock market valuations from the starting point at the tail end of the tech bubble, it is not surprising that stock, bond, and hedge fund returns haven’t diverged much from one another in the years that followed.

After the tech bubble and its subsequent bust in the early 2000s, hedge funds enjoyed a run of extraordinary performance. And with stock markets around the globe falling more than 50% in some cases, large institutional investors took notice.

Pensions, endowments, foundations, and sovereign wealth funds showered hedge funds with cash in hopes that their success would continue. This caused a massive boom in the total number of hedge funds and the assets they managed.

In 1998, there were around 3,200 hedge funds with roughly $210 billion in assets under management, according to estimates. Today, there are northwards of 11,000 hedge funds with assets totaling over $3 trillion. Size is the enemy of outperformance, and hedge funds are a perfect example of this.

Look at how well total hedge funds did in the 1998 to 2003 period and then look at how they’ve performed since.

Clearly, the bulk of the returns came during the glorious five-year period spanning the lead up to and aftermath of the tech bubble.

The correlation to the overall stock market was relatively low during the salad days of hedge funds in the early 2000s, but that relationship has since completely changed. During the financial crisis, hedge funds didn’t hold up nearly as well as they did during the tech crash.

And they are more correlated to the stock market now than ever before, even though they have access to a much wider variety of investment strategies.

The influx of institutional capital into the space may explain much of this change. Hedge funds once operated on the fringes of the asset management industry and so could take on more risk. Now that they have to accommodate large institutional investors with strict due diligence and investment guidelines, they can’t take on the same risks. Instead, they are giving investors what they ask for — lower volatility. And lower volatility means lower returns.

Besides the growth in the number of funds, something else changed in the hedge fund space. Regulation Fair Disclosure (Reg FD) came into effect in 2000. This SEC-mandated rule forced all publicly traded companies to disclose material information to all investors at the same time. Prior to this, hedge funds had a huge advantage in terms of the information they could obtain prior to other investors. Reg FD changed that. This, combined with the large number of funds chasing similar securities and using similar strategies, has resulted in much lower performance for investors.

Now to return to the original question: If the average performance of hedge funds leaves so much to be desired, how many are worth investing in?

Very few — at least according to Cambridge Associates, a large institutional investment consulting firm that recommends hedge fund investments. Just 2% — or around 250 — of the 11,000-plus hedge funds can successfully produce returns good enough to account for the high fees and competition.

Cambridge recommends paying high fees only for those funds producing consistent alpha. That can be a tall order when only 2% of funds fit this bill and when past performance is no guarantee of future results.

All of the new money that rushed into hedge funds created more competition for alpha. When hedge funds were smaller and nimbler, there was enough outperformance to go around. Now there are so many funds, algorithms, PhDs, mathematicians, computer scientists, and MBAs competing for pieces of a much smaller alpha pie. When you add in the exorbitant fees, what you get is worse performance.

And that’s exactly what most hedge fund investors have received. 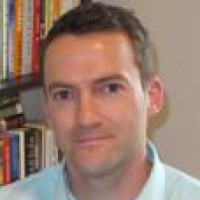 7 thoughts on “The Golden Age of Hedge Funds”