Sustainable development is tough if your country’s capital markets are not functioning.

And for Bangladesh, that constitutes a major setback for a nation that has made nearly unprecedented strides in development since its founding.

Indeed, Bangladesh’s track record in raising the living standards of its citizens was dubbed a miracle by the late professor Hans Rosling. Since the nation gained independence from Pakistan in 1971, development indicators there have improved dramatically. Women have fewer children and greater individual agency. Infant mortality is way down and life expectancy way up. GDP growth in 2016 exceeded 7%.

The two of us first met there in early 2017, and recently reconnected to discuss the stunning situation we detail here.

The story starts with a typically minor technical issue: What’s the interest rate in Bangladesh?

In most places, fixed-income analysts can relate coupons on debt instruments to each other and infer their relative riskiness with straightforward math.

This has never been as tidy in Dhaka, Bangladesh, as it is in New York or London, but it recently became impossible after the government stopped holding periodic bond auctions.

This means the largest issuer in the capital markets — the government — has effectively abandoned them.

This is more than just a petty annoyance. It makes the price of money both higher and harder to calculate. In a country where boosting entrepreneurship, building infrastructure, and creating jobs are pressing imperatives, it counts as a significant headwind at best.

But it’s not the whole problem.

Bangladesh’s National Savings Department (NSD) has the right idea: Make it easier for people to save by offering convenient, safe, and attractive deposits at preferential interest rates.

The NSD was established in 1972, right after independence, in order to promote savings, help fill fiscal deficits, reduce dependence on foreign donors, and provide a safety net to women, retired officials, senior citizens, and the physically challenged.

The savings certificates the NSD offers can be purchased from commercial banks as well as the postal service, which played a big role in financial inclusion during the early days of independence.

If the right people were accessing the program, this wouldn’t be so bad. But it’s hard to imagine that’s the case.

Statistics on who is using these instruments are not public, but large institutions and wealthy individuals are likely buying a disproportionate share. A family of two is currently allowed to invest 16.5-million Bangladeshi taka in total, or about $199,000, in these products, and there are ways to bypass restrictions by investing under the names of other family members.

And don’t forget, these instruments are among the highest-yielding options available to savers. By definition, that makes them among the most expensive financing vehicles available to the government.

Of the country’s 2017 budget deficit, about 16.6% was attributable to interest on NSD savings certificates. And unless the program is reformed, that percentage will only continue to grow. Spreads between NSD instruments and market rate alternatives are so wide that adding up the total cost is just sad.

That money could be put to much better use elsewhere.

But indirect costs are also part of the tragedy. This program has starved the banking sector of deposits, as demonstrated by the widening the gap between the M2 and M3 growth rates.

This can be changed.

The good news is that we know how to close the budget deficit in Bangladesh.

The question is: Will things change?

Eight million Bangladeshis have moved out of poverty since 2010, according to the World Bank. The savings from reform — which would be significant — could meaningfully accelerate that trend.

Restoring health to the capital markets is required to sustain them. If NSD certificates were restricted to more reasonable investments amounts, say 10 lakh taka, or around $12,000, a number of good things would likely begin to happen.

Among the best is that subsidies could be directed away from the wealthy and toward those who really need them. 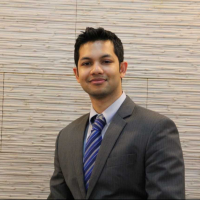 Asif Khan, CFA, is managing partner at EDGE Research & Consulting, an independent equity research provider focusing on Bangladesh. He has more than nine years of experience covering frontier equities in both buy- and sell-side roles. He writes at his blog, askifkhan.info