Chinese Government Bonds: The Elephant in the Room

Indeed, the growing investable opportunity in Chinese bonds was the primary takeaway from Emil Nguy’s presentation, “Asia’s Fixed-Income Market — The Elephant in the Room,” at the 71st CFA Institute Annual Conference in Hong Kong.

But Nguy, the chair, CIO, and co-CEO of Income Partners Asset Management, also offered a fascinating lesson in bond markets and financial and political history, far exceeding the low expectations he had set himself during his introduction.

As an ironic Nguy explained in his opening, he had a lot in common with Larry Fortensky, the late seventh husband of screen legend Elizabeth Taylor. Both had near impossible tasks: Nguy to make bonds interesting for the audience, Fortensky to make marriage interesting for the Oscar-winning actress.

The proverbial elephant in the room from the presentation’s title is derived from a 1814 fable, “The Inquisitive Man,” by the Russian author Ivan Krylov. In the story, a man spends the day at a museum of natural history, studying every small detail of the various collections, but failing to notice the gigantic elephant dominating the space.

To Nguy, this fable serves as a sharp analogy for China’s fixed-income sector. Investors need to appreciate the large and growing renminbi (RMB)-denominated government debt market.

Nguy attributes the lack of interest partly to how the two large global fixed-income stories, involving the United States and Japan and Germany and Southern Europe, developed and came to dominate the headlines over the past several decades. The Chinese fixed-income market story is evolving much differently than its predecessors, so it’s important to understand how those antecedents played out to appreciate Nguy’s conviction.

The United States and Japan

Global trade is a powerful catalyst for a “vendor-financed” debt market in which net exporters of goods buy debt from importing countries to facilitate trade.

From the 1970s well into the 2000s, that meant the United States bought goods from Japan, and Japan, in turn, bought US Treasuries.

By 1985, the trade imbalance was so large between Japan and Western countries, that US officials convened a meeting at the Plaza Hotel in New York City with representatives from France, West Germany, Japan, and the United Kingdom where they hoped to develop a solution. The participants drafted the Plaza Accord to help the US dollar depreciate in order to make US exports more attractive.

The accord resulted in the yen’s value doubling against the dollar and triggered a long-term deflationary trend in Japan that continues today. The Japanese debt-to-GDP ratio is so large that the government has no realistic possibility of paying that debt down: Debt monetization looms, creating massive uncertainty in the Japanese bond market.

A vendor-financing model joined Germany with Southern Europe beginning in the 1990s and drew them closer with the formal establishment of the eurozone. Since the European Union (EU) shares a common currency, trade imbalances within the eurozone and their resulting debt increases can only be corrected through austerity measures.

The euro is still too young to be a reserve currency, according to Nguy, and the next recession will stress test the EU. This dynamic continues to play out out and the end game is unclear.

The Chinese vendor-financed model is fundamentally different, and it has the potential to grow to a $12-trillion market, Nguy said.

Very simply, Chinese monetary policies prevented the free trade of RMB-denominated debt. The RMB became freely convertible in Hong Kong for the first time in 2012, so trade in RMB is less than six years old. Moreover, the People’s Bank of China (PBOC) only opened more markets to free RMB trade in 2016.

China’s ambitious Belt and Road infrastructure program “is set to reinvigorate the seamless flow of capital, goods and services between Asia and the rest of the world, by promoting further market integration and forging new ties among communities.” The Belt and Road Initiative is an enormous project that will require significant funding.

Fortunately, China is positioned to issue a lot of debt. Although China’s total debt-to-GDP ratio, including corporate debt, is well above 200%, the ratio of sovereign debt to GDP is a much more modest 47.6%. GDP is expected to grow around 6% and the government is running a 3.5% budget deficit.

Therefore, Nguy asserts that in 10 to 15 years, China’s bond market could be larger than that of the United States.

It’s an elephant in the room that investors would be foolish to ignore. 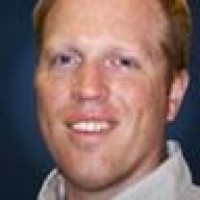