The accounting standard setters are examining potential changes to goodwill accounting, citing feedback that the costs of goodwill impairment testing may outweigh the benefits.

For example, the Financial Accounting Standards Board (FASB) Invitation to Comment on the subject often refers to the current private company accounting for goodwill, which allows amortization over 10 years. Many have read this to mean that FASB is leaning in that direction. Similarly, the International Accounting Standards Board (IASB) is considering whether to reintroduce amortization of goodwill, which was the standard for public companies until 2001.

While an adjustment to the current rules may be appropriate, moving to amortization could cause significant harm to investors and users of financial statements. As such, the preference should be for accounting standards to seek opportunities to move forward rather than backward.

The considered changes have vast implications. The switch to amortization could deprive investors of decision-useful information that helps distinguish good from bad in terms of management, capital stewardship, and governance. The net result would be less efficient resource allocation both within and among enterprises, which could lead to slower economic growth.

Kraft Heinz’s recently announced impairments highlights the importance of this issue. The Kraft Heinz fact pattern shows the stark changes that could result if accounting standards were to revert to goodwill amortization.

From April 2013 to December 2017, the Kraft Heinz goodwill balance increased from $3 billion to $45 billion, after 3G Capital partnered with Berkshire Hathaway to acquire Heinz in 2013, followed by Heinz’s subsequent acquisition of Kraft Foods.

In the 2017 10-K, the company wrote: “As a majority of our goodwill was recently recorded in connection with the 2013 Merger and the 2015 Merger, representing fair values as of those merger dates, there was not a significant excess of fair values over carrying values as of April 2, 2017.” In other words, the company acknowledged that there was little room for error in the execution of their investment thesis.

Compare this reality to a hypothetical that assumes that amortization of goodwill was in effect as of the 2013 Merger. For the goodwill impairment test, the fair value of a reporting unit or cash generating unit (“Tested Unit”) is compared to the carrying or book value.1 While requisite data is not disclosed in order to analyze Kraft Heinz at the Tested Unit level, conclusions can be inferred by looking at the company as a whole. The graph below displays the following quarterly data from Q4 2015 through Q4 2018, with additional estimated data through 21 February 2019, the day before impairment was announced:2

The adjusted carrying value assumes that goodwill was amortized beginning on 7 June 2013, the date of the Heinz acquisition, and then continues with the Kraft acquisition on 2 July 2015. This also assumes a 10-year straight-line period, which is consistent with the life required in ASU 2014-02 for the amortization of goodwill for private companies. The difference between actual book value and the adjusted book value represents the hypothetical amortization of goodwill, which creates an ever-increasing cushion for the goodwill impairment test.3

As the graph shows, beginning at around Q3 2018, the market capitalization fell below the equity book value. At Q4 2018, the market capitalization was over $12 billion below the last disclosed book value from Q3 2018. This represents a strong indication that certain assets, such as goodwill, may be impaired and likely all but necessitated the subsequent impairments that were disclosed on 22 February 2019.

However, if the goodwill balance had been gradually amortized beginning with the Heinz acquisition in 2013 and continuing with the Kraft acquisition in 2015, the carrying value as of Q3 2018 would have been approximately $48.4 billion. That is almost $19 billion below the actual book value of equity at the time and also below the market capitalization of $53.1 billion as of Q4 2018.

For goodwill impairment testing purposes, the significant cushion of market capitalization above the adjusted equity book value would likely provide sufficient room to avoid an impairment. So the amortization of the goodwill would have outpaced the deterioration in the value of the business just enough to not record an impairment, and it would partially conceal the underperformance. Beyond this point, we can only speculate as to when, how, and if the extent of the underperformance of the acquisitions would have been disclosed, except for the requirements necessitated by the impairment charges. It follows that whatever the circumstance, it would have been less transparent and systematic, which would have resulted in less efficient capital markets.

Although Kraft Heinz serves as an extreme example in terms of its magnitude, it’s a fact pattern that may be found regardless of company size, industry, geography, or time, and it exemplifies the importance of the current discussion. A move to amortize goodwill would severely reduce the informational value to current and future investors. Instead of situations like Kraft Heinz, in which impairments provide meaningful insights about the success or failure of management’s acquisitive activities, more often investors would be left with a routine arbitrary expense, detached from economic theory and reality, that provides zero information.

While the status quo goodwill impairment framework has its shortcomings, namely the test’s effectiveness as a leading indicator, financial reporting standards could be improved and evolved to more accurately reflect how companies in a complex economy generate value.

In a world in which intangibles are becoming more critical to the economic value of public companies, the overlay of a routine amortization process would be a step backward to the accounting of 20-plus years ago. The complexities of accounting for intangible assets and goodwill are not conducive to a quick fix, but there are ideas to improve the current goodwill impairment framework that deserve consideration. Nevertheless, the best solutions likely don’t come from accountants, but rather require investors to provide ideas and solutions that work for them.

In the end, since investors bear the costs of financial reporting compliance, investors should engage in ways to extract more benefits from that reporting. One more “Non-GAAP” measure, which in this circumstance covers $5.6 trillion of assets on US public company balance sheets, is not the best way forward.

3. For presentation purposes, the hypothetical starts with FYE 2015, as the equity value of Kraft Heinz is fully reflective of the 2013 and 2015 Mergers. 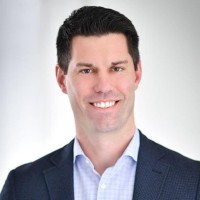 Kevin Prall, CFA, is a managing director with EY where he is the Minneapolis Market Leader for Strategy & Transactions - Valuation & Modeling. His specialties include business enterprise valuations, intangible asset valuations, and forecasting for financial reporting, tax, and transaction support. Prall is currently serving as the Business Valuation Standards Director at the International Valuation Standards Council (IVSC). In his role at the IVSC, he works with global leaders of the valuation industry, securities regulators, and accounting standard setters to advance the interests of investors and the capital markets. With the IVSC, Prall has authored two related articles on ESG: "ESG and Business Valuation" and "A Framework to Assess ESG Value Creation."