After the 2008 financial crisis, the G-20 sought to eliminate the causes of the meltdown, which among other things meant reining in OTC derivatives. In September 2009, G-20 leaders agreed in Pittsburgh that all standardized OTC derivatives contracts should be traded on exchanges or electronic trading platforms, where appropriate, cleared through central counterparties, and reported to trade repositories by year-end 2012 at the latest. They also stated that non-centrally cleared contracts should be subject to higher capital requirements.

The G-20 asked the Financial Stability Board (FSB) to assess implementation of the OTC derivatives reform it suggested, and to determine whether it was sufficient to improve transparency in the derivatives markets, mitigate systemic risk, and protect against market abuse. The FSB issued a report in 2010 providing recommendations to implement OTC derivatives reforms, which the G-20 promptly approved. CFA Institute firmly agrees with these OTC derivatives reforms and advocates for similar positions in our comment letters to regulators and industry groups.

In the last few years, the relevant jurisdictions set out to pass corresponding regulation to adhere to the FSB’s recommendations. With year-end 2012 fast approaching, global regulators are struggling to assess the situation and make the deadline. Until now, the Commodity Futures Trading Commission (CFTC) has been far ahead of its global counterparts. In the last few months the European Securities and Markets Authority (ESMA) has caught up considerably, but is still behind. Likewise, the Japanese Financial Services Agency also has passed most of the appropriate regulations and has begun the implementation phase. Meanwhile, Hong Kong “published its proposed regulatory regime for OTC derivatives markets, following the conclusion of its consultation process.”

Now that many of the U.S. regulations on swaps are final and being implemented, the CFTC is grappling with the global nature of the swaps market. That most overseas regulators have not progressed as far with implementing OTC derivatives reforms has created a situation where U.S. market participants will have to adhere to a new set of rules, while counterparties in other markets will continue to operate under pre-2008 structures. Worse, the new regulations may prompt U.S. firms to incorporate subsidiaries overseas simply to avoid those very OTC derivatives reforms, inviting regulatory arbitrage.

Most jurisdictions have vowed to uphold the 31 December deadline for implementation of the recommendations agreed to at the G-20 level and set out in the Financial Stability Board report, Implementing OTC Derivatives Market Reforms. But while policy makers in many markets are working furiously to adhere to the goals, some have said openly they won’t be ready by the deadline, and still others have stated they have no intention of adhering to many of the reforms any time soon, if at all. A number of markets are simply waiting to see what kind of regulations the U.S. and Europe adopt so they can decide how to proceed.

A prime example of the global stalemate is the FSB recommendation to trade standardized OTC derivatives on exchanges. According to the latest progress report on implementation of derivatives markets reforms, the U.S. and EU are furthest along, though the EU will have a longer implementation period. Likewise, after submitting draft legislation in March, implementation of new rules in Japan will be “phased in to allow providers and users of systems adequate time to prepare.” In the FSB’s third progress report, it states that Australia, Canada, Korea, Singapore, South Africa, and Switzerland “indicate that more analysis of the liquidity of the markets and instruments is needed” before they will adopt rules similar to the recommendations.

With the CFTC’s swaps regulations effective dates looming, it is critical that regulations address the idea that a large number of swaps transactions occur across borders. To ignore this reality would mean mass confusion about how to treat registration with the CFTC and which regulators would supervise the process once the effective dates kick in. Also, if cross-border interpretation is not provided by the effective dates, U.S. firms would have plenty of opportunities, not to mention incentives, to skirt the regulation and conduct their swaps business offshore. This would make much of the derivatives reform completed so far irrelevant.

In the summer, the CFTC proposed interpretive guidance relating to extraterritorial issues. Those proposals included guidance on when registration with the CFTC is required as a Swap Dealer or a Major Swap Participant and for clearing, trade execution, and reporting requirements for cross-border swaps. The Commission also proposed substituting comparable regulatory requirements of a foreign jurisdiction where appropriate. It has done little to stem the passion surrounding the proposal, generating 288 comment letters from groups on all sides of the arguments.

Many feel that the U.S. government is over-reaching with its proposals, adding that if the proposal becomes final it will kill the U.S. swaps markets. Others opined that the interpretation was just right and exactly what was needed to blunt systemic risk and keep the U.S. and the global economy safe.

Trying to ease global concerns, Gary Gensler, chairman of the CFTC, has reiterated that Section 722(d) of the Dodd-Frank Act states that swaps reforms shall not apply to activities outside the United States unless those activities have a “direct and significant connection with activities in, or effect on, commerce in the United States.”

We think that while this is an important initiative, multilateral action is ideal and the Commission should not “go it alone” if possible. Our comment letter supports dealing with extraterritoriality and allowing substituting regulatory regimes to supervise in certain situations through individual firm requests and memorandums of understanding (MOUs).

Also, we find it critical to provide contingencies for the interim timeframe when non-U.S. regulators are progressing towards reforms called for by the G-20, but that won’t be ready by the end of the year. Not doing this would result in massive costs for firms operating outside of the United States forced to register with the CFTC, only to discover later that they didn’t have to and could have used a substituting regulator. The CFTC has since issued a no-action letter exempting non-U.S. firms from registration until the extraterritoriality rules are finalized.

Now the CFTC is charged with considering the comment letters from the industry and issuing final interpretation. What it decides will significantly affect the swaps markets. The Wall Street Journal reported that the extraterritoriality rules “likely will not be in place by year-end because regulators are squabbling about the details.”

While these are no doubt difficult or more likely impossible conversations, we are encouraged that the CFTC is working multilaterally to develop a mutually agreed-upon solution. In an effort to coordinate cross-border regulations, the CFTC hosted a joint open meeting of its Global Markets Advisory Committee (GMAC) and global regulators from important G-20 markets on 7 November. For the sake of the financial system, here’s hoping the global regulatory community can reach agreement as soon as possible and the CFTC’s efforts are not thwarted. 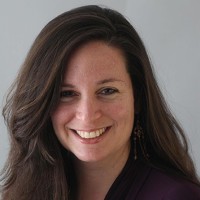