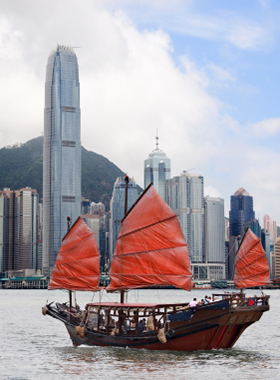 The Chinese Lunar New Year has come early for 297 investors in Hong Kong. In a landmark ruling, Hong Kong’s High Court ordered Du Jun, a former managing director of Morgan Stanley Asia Limited, to pay these investors US$3 million as a result of his insider-dealing activities in 2007.

In 2007, Du Jun — who worked in the fixed-income division of Morgan Stanley — bought US$11 million worth of shares in Hong Kong-listed CITIC Resources Holdings Ltd whilst in possession of  material inside information concerning a proposed deal by CITIC Resources to acquire oil field assets in China. Du was part of the Morgan Stanley team involved in advising the HK-listed mainland firm. For his role, Du was sentenced to seven years in prison and fined US$3 million in September 2009. The Court of Appeal reduced the sentence to six years (with all insider-dealing convictions upheld) and the fine to US$0.22 million in September 2012. The reduction in fine was not to “deprive the applicant’s (Du) trading counterparties of the amounts which might be available to them pursuant to the provisions of section 213 of the Ordinance (Securities and Futures Ordinance) …. ,” stated Mr. Justice Stock of the Hong Kong Court of Appeal, who delivered the judgment on behalf of the court.

Credit must go to Hong Kong’s Securities and Futures Commission (SFC) for taking swift action in July 2007 for getting an interim injunction to freeze approximately US$6 million under a little-used ordinance, section 213 of the Securities and Futures Ordinance (SFO) which “… does empower the court to make an order to restrain the disposal of property where it appears to the SFC that a person has breached the provision of the Ordinance and would come under a potential financial liability ….”

What Does This Mean for the Hong Kong Market?

I met Mark Steward, the SFC’s executive director of enforcement, in June 2013 to discuss market integrity issues and left the meeting impressed by a man passionate about doing good for the benefit of the market and society. Here are the key takeaways from our meeting.

Steward contends that markets will always have some people who exhibit bad behaviour, which cannot be eradicated. And all forms of misconduct causes damage to the market. The question for the regulator is how to mitigate this damage and, more specifically, how can enforcement actions benefit society?

Currently, regulators concentrate more on deterrence. As an example, if you break the rules, you go to jail and pay a fine, as in the case of Du. But where does the money from the fine go? The fine goes to the government’s coffers. Few regulators seek to deliver justice to the public by remediating damages to investors who were part of that event.

In the case of insider-trading activities, this crime is often viewed as victimless. The premise being that, at the time of trading shares, the counterparties (or victims) are generally unknown because they operate on the basis that there are no insiders trading in the market with material nonpublic information.

In the case of Du, the question is this: If, at the time of the trade, the sellers knew the market for their shares included a person in possession of highly sensitive, inside knowledge about the shares they wanted to buy, would the sellers have sold him the shares at that price, or would the shares have been withdrawn and offered at a higher price? Given the price sensitivity of the information, one can assume that the sellers may have withdrawn the offer.

That is what the restoration order under section 213 seeks to do in bringing counterparties back to their pre-transactions positions. In the case of Du, it “reversed” the transactions so that the underlying value of what the sellers gave up when they sold shares to Du was restored to them.  As stated in the SFC’s recent press release on this matter, “Given the counterparties would not have sold the shares if they knew their sell orders might be matched with an illegal insider, they are entitled to be restored to their pre-transaction positions under section 213(2)(b) of the SFO.”

Why Is This important?

During my meeting with the SFC’s Steward, he referred to a 2007 study conducted by Basia Spalek of the University of Birmingham titled Knowledgeable consumers? Corporate fraud and its devastating impacts. In this study — drawing on her research related to the death of Robert Maxwell and the collapse of Bank of Credit and Commerce International (BCCI) on the Maxwell pensioners and employees of BCCI — Spalek found that the harms caused by “corporate fraud are equivalent to, and often more devastating than, those usually focused on by the criminal justice system.” Making matters worse, the range of emotional, health, and financial problems and other effects caused by being the “victim” are generally not accounted for under current justice systems.

Steward’s point here is that criminal sanctions and deterrence through enforcement is only one tool available to regulators to minimize market misconduct. Equally important is the appropriate education of people of the consequences of bad behaviour. He contends that if people can understand the consequences of their conduct on others, they will avoid reckless and dishonest behaviour.

CFA Institute recently released results of its 2014 Global Market Sentiment Survey, which reveals that market fraud remains a dominant concern among CFA Institute members in Hong Kong. The SFC’s victory to punish the insider dealer and to offer remediation to victims not only helps restores trust in the market but also gives market participants strong incentives to play fair and square.

Other ways to reduce market fraud, as indicated by CFA Institute members both globally and in Hong Kong, are for top management to improve the ethical culture in their firms by leading by example and through increased adherence to ethical codes and standards.

Kudos to the SFC for pursuing this matter. It’s a positive step in helping to restore integrity in the Hong Kong market.