In the 2014 CFA Institute Global Market Sentiment Survey, CFA Institute members identified the misselling of financial products and services as a top concern, demanding better governance and enforcement of existing laws and regulations.

Against this backdrop, CFA Institute has released a report, Redress in Retail Investment Markets, which explores best practices and regulatory frameworks in Europe, Asia, and the Americas available to retail investors and users of financial services to enforce their rights in cases of malpractice or misconduct. It also proposes policy recommendations to improve investors’ ability to seek redress. (View a video interview featuring report author Mirzha de Manuel Aramendía, director of capital markets policy at CFA Institute.)

For Blogs and the Enterprise site

Globally, the Organisation for Economic Co-operation and Development (OECD) and G20 principles on complaint-handling and dispute resolution set the benchmark for the industry and regulators. The CFA Institute report explores their application in different contexts, including the European Union’s recent legislation on alternative dispute resolution (ADR).

While some jurisdictions have pioneered the introduction of effective redress mechanisms in retail financial markets, others lag behind. Unfortunately some key principles, such as the accessibility, independence, adequacy, and accountability of ADR schemes, are not always respected.

The report’s recommendations are aimed at improving the traditional approach to supervision, which focuses on punishing misconduct in ways that do not benefit directly the victims of misconduct. 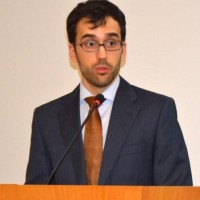