DOL Fiduciary Rule: What Are the Implications for the Investment Industry? 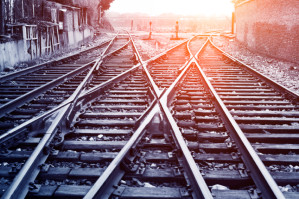 When representatives from Better Markets, the US Chamber of Commerce, the North American Securities Administrators Association (NASAA), and the Small Business Investor Alliance recently gathered in Washington DC to discuss the pros and cons of the DOL’s proposed rule that would require a best interests standard for advice providers to retirement accounts, they expressed a range of opinions on the proposal. However, this diverse panel of industry experts were able to agree on one thing — maintaining the status quo for retail investors is not a sustainable option.

View a video of the panel discussion, “The DOL Fiduciary Rule: Implications for the Investment Industry,” hosted by CFA Society Washington DC. Catch the panelists’ exchange on @MarketIntegrity (we live-tweeted the event on 28 January 1–2 p.m. EST).

There certainly is no dearth of issues that continue to be debated as to the potential scope, consequences, and feasibility of implementing the DOL proposal. A few of them were highlighted by the panel in discussing not only specifics of the plan, but the need in general to put the interests of investors first.

The Role of Technology

In discussing the role that technology plays in serving the retirement population, almost all panelists agreed that the elderly particularly need a “live person” with whom to deal when receiving investment advice. While technology certainly adds efficiencies, the current baby boomer population may lack the comfort of technological ease in their investment life that our children will more likely have. Whether the proposal would eliminate options for smaller investors to receive advice from current providers and the industry would step in to fill any gaps that are created remain two of the most hotly debated questions.

Creation of a Private Right of Action for Certain Retirement Accounts

As proposed, the DOL would extend a private right of action to those with IRA accounts, meaning those investors would now have an option other than arbitration when seeking redress for wrongdoing relating to those accounts. The Chamber of Commerce’s David Hirschmann felt this change signaled DOL’s promotion of class actions and would, as a result, significantly change the way certain service providers would act with clients. But Stephen Hall of Better Markets noted that while this provision for IRA accountholders is new, the Employee Retirement Income Security Act of 1974 (ERISA) has always provided a private right of action in other retirement account areas, and NASAA’s Valerie Mirko noted this would no longer restrict investors to use binding arbitration, thus providing investors with more options and protections (See the CFA Institute report recommending increasing the availability and quality of redress options for investors in the retail financial markets.)

Respective Roles of the DOL and the SEC

A great deal of attention continues to focus on the roles of the DOL and SEC, their respective jurisdictions, the potential for differing standards, and which of the two should have gone first. Disagreement still abounds about whether the two agencies have two different jurisdictional reaches (and should propose different rules), or whether the SEC should have gone first in this effort to define a fiduciary standard for all who provide investment advice to retail investors. (Even Congress is debating taking action that would delay any DOL action until after the SEC has acted.) Perhaps the solution lies in some panelists’ urging that any such rules by the two agencies be harmonized — but that does not necessarily mean identical. Hall of Better Markets particularly encouraged each agency to create the strongest standard under the statutory mandate under which they operate, and then look for ways to harmonize the standards’ application. While the DOL has moved to finalize its proposal, the SEC has scheduled consideration of a fiduciary duty proposal on its October 2016 calendar.

The same day that CFA Society Washington DC held this event (28 January), the Office of Management and Budget confirmed that it had received the revised proposal from the DOL and started its review. The race is now on as the White House seeks to issue a final rule before a new administration assumes the reins, while Congress continues its efforts to derail or thwart its implementation. The implications for the industry have yet to unfold.