By Ken Robinson, CFA, CIPM
Posted In: US SEC

The SEC’s Office of Compliance Inspections and Examinations (OCIE), administers the SEC’s National Examination Program to ensure that registrants are in compliance with federal securities laws. The office not only refers cases to the SEC’s Division of Enforcement, but its exam findings are used throughout the SEC to assist in rulemaking and to identify and monitor industry practices and associated risks. At the 2016 Annual GIPS® Standards Conference, the director of OCIE, Marc Wyatt, CFA, talked about what the office does.

As the “eyes and ears” of the SEC, OCIE’s work is transparent, risk based, and data driven, according to Wyatt. It does not make federal securities laws or policies, and it is not serving as an enforcer. Wyatt noted that all divisions at the SEC do work together as needed. For example, if someone at OCIE needs a rule interpretation based on specific facts and circumstances, they can often just ask the person that wrote the rule.

Not Out to Get You

OCIE does not want to be viewed as a “gotcha” regulator, so it takes transparency very seriously. For the fifth year in a row, it will be publishing its exam priorities to inform registrants on what it perceives to be heighted risk areas in the industry. It also issues Risk Alerts when issues arise that warrant more attention. It frequently informs the industry about specific exam initiatives as well as its findings at the conclusion of those initiatives. Just because it is looking at a particular area does not mean it believes there is a violation of securities laws. In fact, it may conduct a “sweep” so that the SEC can learn more about a particular product or practice.

Throughout the SEC, a staggering amount of data is being used to conduct data analytics. With respect to OCIE, this data consists of not only information contained in SEC filings but also data from third-party databases. The data is used to help determine which firms to examine as well as by examiners when conducting on-site examinations.

OCIE can examine only about 10% of all registrants in a given year, so it spends a lot of time and resources determining which registrants to examine by using a risk-based approach to identify high-risk firms. The office developed risk factors, such as turnover in C-suite executives, significant changes in AUM, the nature of any new strategies being developed, and aberrational performance, and it then ranks those risk factors in order to assess the risk at a particular firm. Each of the regional offices have input into the process because they may have specific knowledge regarding their registrants.

Wyatt stressed that OCIE is always trying to improve the examination selection process, similar to how an investment management firm will refine its investment process. For example, if it finds itself selecting firms at which the risk was not nearly as significant as it initially thought, OCIE will refine the process. OCIE even conducted a “never-before-examined” sweep in order to validate that low risk registrants do not need to be examined. Wyatt indicated that the enforcement referrals on those examinations were only 1/6 to 1/8 of others, and so the sweep was able to establish that those firms were indeed lower risk.

Of the examinations that OCIE conducts, approximately 10% result in referrals to the Division of Enforcement and roughly 10% have no findings. Contrary to popular belief, OCIE will issue a no findings letter when it has nothing to report. Presumably, the balance result in identified deficiencies that are noted through the issuance of a deficiency letter.

When asked whether there were any areas of performance reporting or performance advertising on which OCIE is focusing, Wyatt responded that there are issues with backtesting and selective performance disclosures. He also noted that if a firm indicates that it is complying with a given standard, such as the GIPS standards, OCIE will examine whether the firm is applying that standard effectively and consistently. 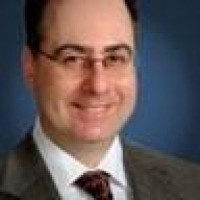 Ken Robinson, CFA, CIPM, is a director of investment performance standards at CFA Institute. He helps maintain the GIPS standards by managing the interpretations process and developing guidance for new technical areas.