The CFA Institute Global Investment Performance Standards (GIPS®) are ever-evolving to keep up with the fast changing investment industry. First introduced 30 years ago in the September 1987 edition of CFA Institute Financial Analyst Journal®, the investment performance standards, just like the industry, have come a long way.

In 2015, the GIPS standards took the big step of implementing annual notification, which requires firms that claim compliance with the Standards to notify CFA Institute of their claim annually. Although this change did not require much from firms, the impact of this requirement has been significant. All stakeholders are now in the know. Before, we could only guess about the reach of the GIPS standards. We now know how many firms are claiming compliance, their location, and their size, and can accurately report the reach of the GIPS standards. As the years go by, we will also be able to look at trends, which can inform and influence decisions in a positive manner.

The Notifications Are In and Counted

For the 2016 notification period, 1,608 firms submitted their claim of compliance with the GIPS standards. Although this figure is slightly down from the 1,621 firms submitting claims in the prior year, it should be noted that more than 150 firms that submitted a claim of compliance in 2015 did not do so in 2016, even after multiple attempts to reach out to them. Despite that, the net number of firms only dropped very slightly because of an influx of new firms that came into compliance in this cycle. And the decline is not unexpected given that 2016 was the first annual renewal. Another factor influencing the slight decrease in the number of firms is some merger and acquisition activity that resulted in consolidation. CFA Institute will continue efforts to contact these firms and determine whether they are still compliant and, if not, why.

Of the firms that submitted a claim of compliance during the 2016 notification period, 86% chose to undergo a third-party verification. In addition, although reporting assets under management (AUM) was not required, more than 86% of firms did report it. Of those firms, an important observation is that slightly more than a third of the pool is composed of firms with less than $1 billion in AUM.

The reach of the GIPS standards, however, is not limited to smaller firms. If the success of the Standards is measured by the AUM of firms that claim compliance, the Standards once again make an impressive mark. A comparison with the list of Top 100 Global Asset Management Firms by Cerulli Associates reveals that 85 of those firms claimed compliance with the GIPS standards for some or all of their business as of 31 December 2015. These firms represent more than $48.8 trillion (61%) of all AUM globally at that time ($80 trillion).

The GIPS Standards Around the Globe

The global scope of the GIPS standards now include 40 countries across regions. The countries in blue in the following map indicate where GIPS compliant firms are located. Another notable observation is a 20% increase in compliant firms in the Asia-Pacific region. In the 2015 notification period, 78 firms in that region claimed compliance compared with 94 for 2016. This growth is in line with expectations as the region has been a key area of focus for CFA Institute in recent years.

The 2017 GIPS Firm Notification Form includes updated and improved functionality, including the ability for firms to retrieve and edit their information from a previous submission record.

The GIPS standards are part of a suite of CFA Institute codes and standards that promote high standards of ethics, integrity, and professional excellence. Learn more about the Asset Manager Code of Professional Conduct and other standards that help ensure all investment professionals place client interests first. 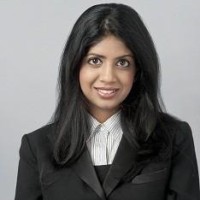 Anju Grover, CIPM, is a senior GIPS analyst in the Investment Performance Standards Policy Group of CFA Institute. She develops new project ideas for the GIPS standards and acts as a staff liaison for numerous global volunteer committees that oversee the development and promulgation of the GIPS standards.