The Makings of a Financial Crisis 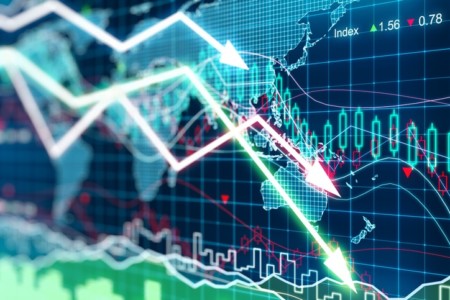 After the global financial meltdown of 2007–2008, a common question among market participants is whether we will be able to predict the next one before it happens.

At the recent University of Virginia (UVa) Investing Conference, Robert Bruner, Dean Emeritus and current professor of UVa’s Darden School of Business, provided a primer on what to look for. Having spent years studying indicators of financial crises, he revealed that the triggering point is often not what one suspects.

In fact, he believes that the

For example, one often thinks of the Great Recession of 2008–2009 as stemming from subprime mortgage delinquencies and defaults. However, Bruner believes the crisis actually started with Hurricane Katrina, which devastated the housing market in the Gulf Coast states, precipitating the rise in credit card delinquencies, and moving into the housing defaults. Similarly, he believes that the panic of 1907 began with the earthquake of 1906; the 1929 Depression originated with the Mississippi flood of 1927.

So, how does one deal with the “unknown unknowns” that require a heightened awareness in order to anticipate financial events on the scale of our recent global meltdown? Bruner suggested four tools that frame the analysis required to evaluate the likelihood of an impending crisis and that may provide us with a “heads up” before a financial crisis occurs:

In terms of current events, Bruner sees the upcoming change in the Federal Reserve leadership and direction as posing a major uncertainty. He also believes that the “blockchain revolution” is a very big deal with unknown consequences.

Future crises? He tells his business school students to expect one on the level of the Great Recession sometime during their lifetimes. To the rest of us, he suggests that we become “sharper thinkers.”