What Buffett Believes but Cannot Prove

Robert G. Hagstrom, CFA, is the author of Warren Buffett: Inside the Ultimate Money Mind. He recently sat for a Take 15 Podcast interview with Lauren Foster, “Warren Buffett and the ‘Money Mind.'”

In a recent paper titled “Buffett’s Alpha,” the authors were able to separate Warren Buffett’s outstanding performance into three distinct buckets. First, Buffett, no surprise, is a good stock picker. Second, by using the premiums written by Berkshire Hathaway’s various insurance companies, he operates with a quasi-level of leverage, which amplifies his returns. But it is the third factor that I believe has had the biggest impact on his performance — something he believes in but can never prove.

Most people think Buffett is a perpetual bull on the stock market. This is not true. There have been many occasions when he has been cautious about the stock market and even times when he has forewarned of impending doom — 1969 and 1999. However, Buffett is unabashedly bullish on the United States. He has never been shy to express his belief that the United States offers tremendous opportunities to anyone who is willing to work hard. He is upbeat, cheerful, and optimistic about life in general.

Conventional wisdom holds that it is the young who are the eternal optimists and that as you get older, pessimism tilts the scale. But Buffett appears to be the exception to this maxim. I think part of the reason is that for almost six decades, he has managed money through many dramatic and traumatic events, only to see the stock market, the economy, and the country recover and thrive.

It would be worthwhile to Google search the noteworthy events of the 1950s, 1960s, 1970s, 1980s, 1990s, and the first decade of the 21st century. Although too numerous to list here, the front-page headlines would include the brink of nuclear war, a presidential assassination and resignation, civil unrest and riots, regional wars, an oil crisis with hyperinflation and double-digit interest rates, and terrorist attacks — not to mention the occasional recession, financial crisis, and stock market crash. In each and every case, Buffett believed, but could not prove, that the country would not only endure each crisis but also eventually recover and mark new highs. After experiencing the ups and downs of so many bear markets, Buffett learned to stay the course and stick to his investing principles, when other investors were selling and rethinking their strategies.

Those who know Warren Buffett agree that it is rationality that sets him apart from the rest. Charlie Munger, vice chair at Berkshire Hathaway, says Buffett’s mind is a superbly rational mechanism. Carol Loomis of Fortune magazine, who has known Buffett for more than 50 years, also believes that rationality is the single most important trait in his investment success. Roger Lowenstein, author of Buffett: The Making of an American Capitalist, said that Buffett’s genius is largely about rationality.

Jon Elster is a Norwegian social and political theorist who has written extensively on rational-choice theory. He tells us that being able to wait and using indirect strategies are central features of human choice. Indeed, Elster argues that human rationality is characterized by the capacity to relate to the future, in contrast to the myopic gradient-climbing organism found in the natural world. Elster’s gradient-climbing organism has eyes fixed to the ground, incapable of seeing what might happen next. Future events for the myopic organism have no effect on decision making. Put differently, for the myopic organism, tomorrow’s events are the same as today’s events. In contrast, Elster claims that a human can be seen as a rational, global-maximizing machine capable of relating to the future, choosing the best alternative by scanning several possible moves and then selecting the best choice among them.

This does not mean that Buffett, the rationalist, knows exactly what tomorrow will bring — only that tomorrow will likely be different from today. Having experienced numerous stock market sell-offs, Buffett has also experienced numerous recoveries. These experiences have enabled him to construct different scenarios that help guide his decision-making process. The irrational investor, the myopic gradient-climber, sees only today and postulates that tomorrow will be much the same. In contrast, Buffett sees stock price declines as temporary. Irrational investors see the same price declines and believe them to be permanent.

The cornerstone of rationality is the ability to see past the present and analyze possible scenarios, eventually making a deliberate choice. And for investors, the process is made easier because they do not have to predict exactly what will happen tomorrow; rather, they just need to have a probabilistic belief of what is most likely to happen over the next year or so.

That, in a nutshell, is how Warren Buffett acts in bear markets — acting based on a belief he cannot prove today but has been proven to him over the past 60 years. 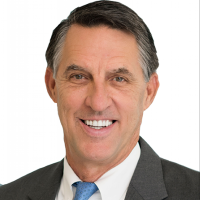 4 thoughts on “What Buffett Believes but Cannot Prove”